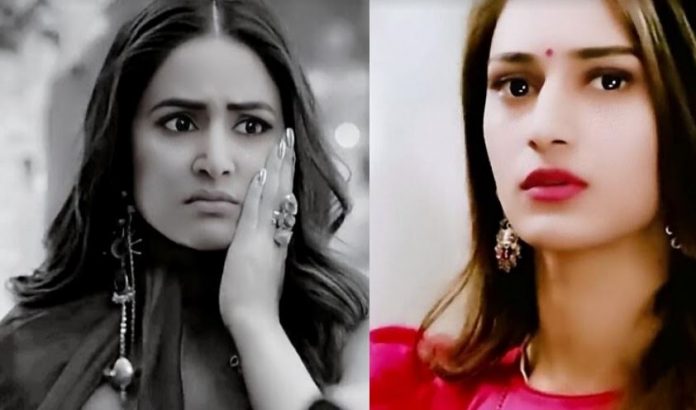 Kasauti Prerna exposes Komolika by her clever timely planning. Prerna gets decked up in traditional attire for Tapur’s Sangeet. Anurag gets mesmerized seeing Prerna. He goes to compliment her. She asks him to help her, since she wants to expose Komolika. Anurag agrees to help Prerna. He also wants to get rid of Komolika. She tells him that she wants to bring out the truth, since everyone has a right to know it. She suspects Komolika’s involvement in Vikrant’s accident. He tells her that he will do anything to find the truth. Komolika wonders what are they upto. She wants Prerna away from Anurag. Mohini tells Komolika that she needs to talk to her right now.

Komolika gets alert when Mohini tells her that Moloy is recovering. She doesn’t want Moloy to get fine, else her truth will be exposed. Prerna and Anurag start their plan execution. Anurag switches off the lights and tells them that they should better move to terrace to continue the function. When everyone leaves from there, Prerna confronts Komolika with some evidences, which clearly state that Komolika is behind the destruction of Basu publications. She confronts Komolika for attempting to kill Vikrant and Moloy. Komolika assumes that everyone has gone away and gets confessing her crimes in front of Prerna.

She tells Prerna that she has taught a lesson to her enemies, and now no one can dare go against her. Prerna provokes Komolika further and tells her that Vikrant’s manager has given her the proof. Anurag asks Mohini and family to come downstairs with him. Mohini wonders what’s the reason to leave the function. Anurag insists Mohini to come with him if she trusts his decision. Mohini and family witness Prerna and Komolika’s crime confessions. Komolika calls Mohini a big fool to believe her and support her. She tells Prerna that Anurag is also in her control. Komolika tells how she got Navin to her favor and made him kidnap Prerna.

She tells Prerna that she is the reason for all her troubles. She gets overconfident that Basus will always support her. Basu family gets a huge shock seeing Komolika’s evil face. Mohini slaps Komolika and rebukes her for the evil crimes. Anurag and Mohini angrily want to throw out Komolika from their house. Prerna wants Komolika arrested for Rajesh’s murder.