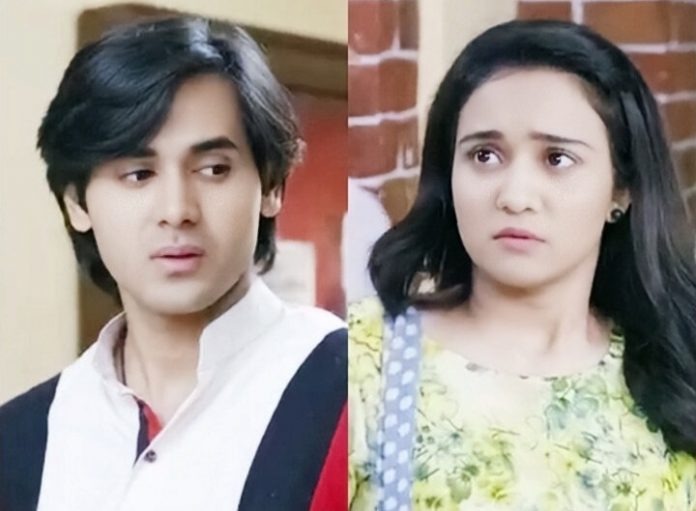 Yeh Un Dinon Pyaar Ishq SubhanAllah: Zara and her friend get kidnapped. The goon tells them that he will sell them. Zara can’t believe this. The goons tie them up and discuss what to do of them. The goon threatens to kill them. Zara asks why is he doing this, who is behind this. Zara is helping Kabeer in finding the truth. Zara fell in trouble when she followed Maqbool and tried to save an old lady. Zara and Azra try to fight and get free from the goons. Zara runs after Maqbool to nab him. She witness Maqbool’s death and gets into a big shock. Zara gets scared. Kabeer reaches to Zara’s rescue.

Jhansi Ki Rani:
Kashi is much worried and runs to tell her problem to Manu. Manu consoles Kashi and asks the matter. Kashi reveals about Ross’ threatening for the testimony in his favor. She doesn’t want her parents to die by Ross’ hands. Manu promises to solve her problem. She wishes that she shares this with Gangadhar and he understands her point. She goes to meet Gangadhar to seek permission to go out. Ross asks Gangadhar not to allow Manu to go out, since she is a criminal. Gangadhar tells Ross that she is his queen and her crime isn’t proved yet, she is free to go anywhere. He stands by Manu and lets her go for the temple prayers. Manu heads to tackle Ross.

Sameer and Naina help out each other and talk of their dreams. Sameer tells her that he will become a big actor. Rakesh is angry on Sameer’s baseless dreams. He tells Naina that Sameer won’t achieve anything this way. He finds the house too small and tells Sameer that even the geyser isn’t working. Sameer boils some water and makes arrangements for Rakesh’s bath. He asks Rakesh not to get angry on little things. Sameer belongs to rich family and he is adjusting even more than Rakesh. Naina is happy seeing the way Sameer is handling Rakesh. Naina selects Sameer’s clothes for the audition. Sameer tells her that once he gets selected in auditions, his career will take off and he will get famous. Naina wishes him all the best. Rakesh breaks their romance moment, while Naina pulls Sameer’s leg.

Sufiyana Pyaar Mera:
Saltanat gets Zaroon for the test, while she makes Kainat dress exactly like her. She asks Zaroon to forget the difference between Kainat and Saltanat today. She wants to prove that Zaroon is in love with just her beauty. She wants him to see Kainat looking beautiful like her and decide if he wants to marry Kainat now. Zaroon loves Saltanat’s heart. Saltanat asks him to find her out when Kainat is looking her exact replica. She tricks Zaroon. Zaroon loves Saltanat truly and finds out real Saltanat with ease. He finds love for him in her eyes. Saltanat fails in her plans. Zaroon makes her realize his love once again. Saltanat finally gives in to Zaroon’s stubbornness. Zaroon makes Saltanat wear the engagement ring.

Kainat doesn’t want to get engaged to Hamza. During the engagement ceremony, Zaroon takes Saltanat away with him. Kainat wishes that her engagement happens with Zaroon. Saltanat refuses to accept Zaroon’s love. She fails to remove the ring and return it to Zaroon. She sympathizes with Kainat. She has promised Zainab that she will unite Kainat and Zaroon. Hamza is unhappy as Kainat doesn’t love him. He doesn’t want to force his love on Kainat. The family gets Kainat and Hamza engaged. Saltanat thought Hamza will refuse in the final moment, but Hamza gets helpless by his feelings. Zaroon congratulates Hamza for the engagement. Kainat loses faith in her fate and gets broken down. Zainab finds her happiness dying and worries for her.

Sitara:
Ranimaa’s birthday is celebrated by everyone. Viraj throws a surprise party for his mum. Surya stops Sitara from feeding the poisonous cake to Ranimaa. He saves Ranimaa’s life and fails Haryali’s plans. Ranimaa asks Viraj and Sitara to dance in the party. Haryali gets jealous seeing them. Haryali and Sitara have a Best bahu competition. Haryali tells Viraj that even she wants to dance with him.