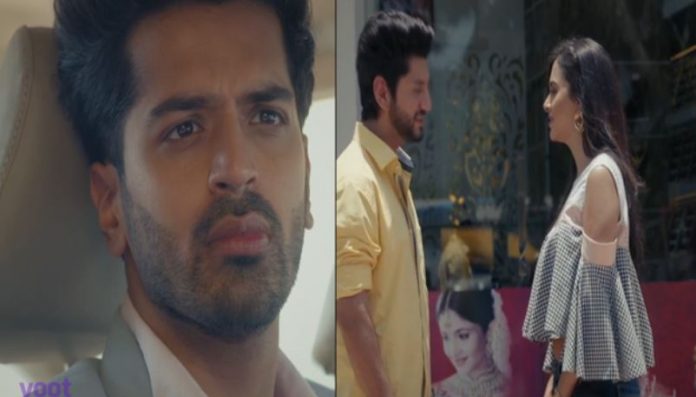 Silsila Upcoming Voot Arnav meets Veer and tells him that he hasn’t come to talk about Mishti. Veer gets drunk and talks just about Mishti. Arnav tells him that he won’t hear anything against Mishti, who is his childhood friend. Veer wants to know who is Mishti dating. Arnav wants to leave and avoid the talk. Veer tells Arnav that maybe Mishti shares things with him and told him about the person she loves. arnav has no idea about Mishti’s lover. Pari meets Ruhaan and wants to tell him about her feelings. She is much tensed to break the love confession to him. She feels she shouldn’t delay more. Mishti meets them and congratulates them for their award and honor. Mishti is happy for Ruhaan’s suicide.

Veer tells Arnav that he loves Mishti a lot and doesn’t know where he lacked in keeping her happy. Arnav tells Veer that he doesn’t know anything about Mishti. Veer asks him about Pari and his relationship. Arnav tells him that Pari has told him clearly that she is in love with someone else and has put him in the friends’ zone. He is happy to just stay as Pari’s friend. He treasures her friendship. He tells Veer that love can’t be taken by force. Pari gets the water spilled on her. She goes to clean her dress. Radhika tells Mishti about Nikki’s alliance coming for Ruhaan, who is the most eligible bachelor around.

Mishti is worried that she is getting competition. She doesn’t want any hindrance in her love story. She has no idea that even Pari is in love with Ruhaan. Mishti recalls Radhika’s words and gets upset. Ruhaan finds her mood getting spoiled and asks her the matter. Mishti doesn’t tell him anything. She tells him that she doesn’t want to talk to him about it. Veer tells Arnav that he is lost without Mishti. He asks Arnav if he isn’t angry and hurt because of Pari’s rejection.

He stays hopeful to get back Mishti in his life. Mishti gets angry on Ruhaan and argues over the food menu. Ruhaan and Pari joke and tease Mishti’s leg. Ruhaan asks Mishti not to ignore him this way. Mishti makes Ruhaan away when Radhika comes there with Nikki. Radhika introduces Nikki to Ruhaan. She talks of their alliance, which worries Mishti.