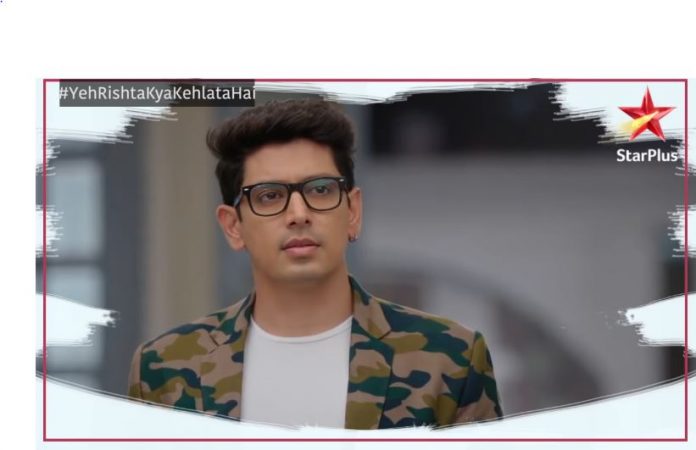 Yeh Rishta Mihir rescues Naira Kartik tries to protect Naira from the goons. He gets much injured during the fight. He falls down. Naira runs to save him. The goons catch her. She can’t see Kartik in such state. The goon tells her that nobody will come to help her in this area, she wanted to take their picture, and now they will take her pictures. The goon snatches her ring. She begs them to leave her and also her ring. Kartik doesn’t get up and watches the bad happening. The goon tells her that they will make a video and try to molest her. Naira shouts for help. Mihir and her friend get to hear someone shouting and try to know.

Mihir finds Naira in trouble and runs to her rescue. Mihir saves Naira from the goons. Mihir and his friends fight the goons and help Kartik and Naira. The goons flee from there. Naira tells Mihir that they have to rush injured Kartik to the hospital. Naira takes Kartik to the hospital with Mihir’s help. Kartik feels depressed and tells her that he couldn’t save her. Mihir asks him to be strong. After getting Kartik treated, Mihir drops Kartik and Naira home. Everyone finds Kartik with plaster and injuries. They get worried for Kartik and want to know the reason. Mihir tells them about the incident. Manish thanks Mihir for saving his son.

Dadi cries for Kartik’s condition. Mihir takes Naira aside for a talk. Kartik gets jealous. Samarth asks Mihir how did he reach there. Mihir tells them that he has gone to the fort with his friends and found Naira in trouble. He tells that Kartik couldn’t handle many goons alone. Kartik gets emotional and breaks down that he couldn’t save Naira from the goons. He throws the things and shouts on himself. Naira finds his behavior getting violent. Kartik daydreams this moment of venting anger.

Naira asks Kartik is he is much hurt. Kartik cries and tells her that he is fine. He makes an excuse and goes to take rest. Everyone is grateful to Mihir. Mihir asks them to call him if they need any help. Kartik gets upset that the goons have snatched Naira’s ring and troubled her. Naira pacifies him and tells him that nothing is important to her than him. She misses her ring and writes Kartik’s name on her finger. She feeds the food to him and takes care of him. She calms his emotions. He gets more emotional seeing her love. She puts him in sleep. Naira gets dizzy. Dadi and Suwarna worry for Naira, who has kept a fast for Kartik’s recovery.

Suwarna asks her to break the fast and take care of her health, Kartik will get fine soon. Naira asks them to let her keep the fast, she wants to pray for Kartik and can’t see him hurt. Naira and the family pray for Kartik. Dadi hugs Naira and knows she loves Kartik a lot. Manish and Akhilesh learn about the big trouble after signing the new deal. They thought Kartik would be handling the project and signed the deal. They wonder how will Kartik manage the work in this condition. They hide the matter from Kartik. Everyone tries to help Kartik and keep him happy.

Mihir calls Kartik to ask about his recovery. He asks Kartik to pass the phone to Naira, he has to discuss work. Kartik gets jealous of Mihir. Manish tells Naira about the new project and asks her to take Mihir’s help to complete the project. Naira gets confused. Kartik turns angered that even his family is depending on Mihir. He starts feeling useless and his ego gets hurt.