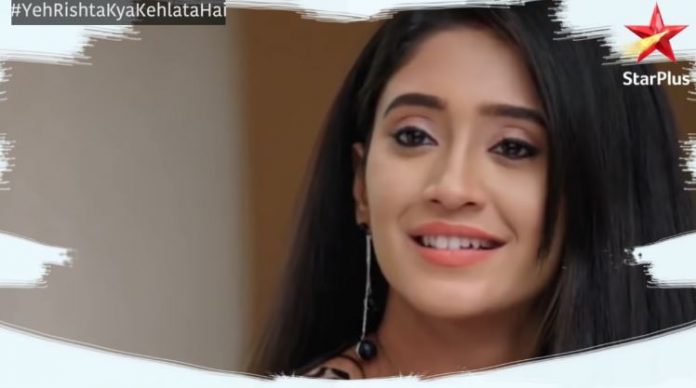 Yeh Rishta Naira Dead Kartik gets angry when Naira lies to him often only for Mihir. He assumes that she is lying for Mihir’s sake. He doesn’t know that Naira has her own reasons like getting Gayu back from Maayka or visiting a doctor secretly to check on her health. He is afraid of losing Naira. He loses his cool and vents anger on Mihir in his imagination. He feels insecure and jealous that Mihir is posing as a better person than him, and winning over his family faith. He tells Naira that he isn’t feeling happy that Manish is taking help from Mihir. Naira doesn’t know that Kartik is doubting on her. She feels he doesn’t like Mihir’s involvement in the family business. She thinks its not a big tension to deal with.

She gets the good news of her pregnancy. She rushes to Kartik to share this with him. She waits for the reports to confirm her pregnancy. Kartik’s suspicion on Naira gets too high. Their relationship turns ugly. He starts imagining her affair with Mihir. He believes such things which aren’t happening around. His hallucinations get higher because of his ill health. He feels Naira is really seeing Mihir and spending time with him on the pretext of work. He vents anger on her and doubts on her character. Naira can’t believe that she has lost Kartik’s faith.

Yeh Rishta Naira Dead Twist Upcoming soon. Dadi’s prediction and fear about Kaira’s break up gets true. Naira gets disappointed with her perfect husband Kartik. She meets with an accident, but survives. The shocking twist of Naira’s death is next. Naira will be seen dead. It will mark the end of Kaira’s relation once again. Kartik mourns for Naira’s death. He puts the garland on Naira’s photo.

This signifies that Naira is dead just for Kartik. Naira will be alive and away from the family. The big twist will be introduced with a five year leap. Kartik and Naira will get separated. Naira chooses to live with Kartik’s child and becomes a single parent. She keeps her self esteem and doesn’t clarify Kartik’s doubt on her character. Kartik blamed her for having an affair with Mihir. Naira doesn’t reveal her pregnancy news to Kartik and gets away from his life forever. Kartik and Naira’s lives will take turns with their child coming into the next track. Keep reading.