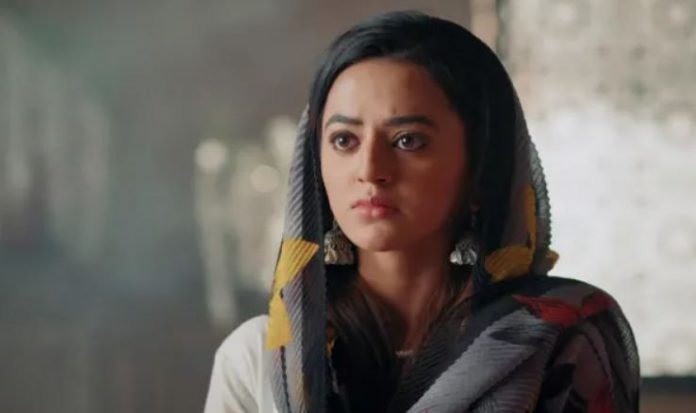 Yeh Un Dinon Baat Sufiyana Udaan Chakor gets kidnapped by Ranvijay. He gets his goons to dig her grave. He tells her that she will be buried alive. She asks him to leave her and let her go. She wants to reach Sameer and tell him the truth of Ranvijay’s evil. She gets caught by Ranvijay’s goons. Ranvijay doesn’t want Sameer to know his truth. He keeps his image good. He asks goons to put Chakor into the coffin and bury her. Chakor struggles to get free. Ranvijay asks Chakor to die and take revenge from the grave.

He wishes her all the best for her death. Sameer comes to Chakor’s rescue. Chakor gets freed from the approaching death. Sameer takes Chakor home. Chakor accuses Ranvijay for trying to kill her. Anjor and Sameer try to Ranvijay’s truth. Chakor is relieved that Sameer is not believing her. Sameer realizes that Ranvijay is very dangerous and kills people for his business. Chakor wants to save Sameer and Anjor from Ranvijay and his evil Bua. She asks them to leave Ranvijay’s house at the earliest. Ranvijay wants to kill Chakor and Anjor at any cost.

Sufiyana Pyaar Mera: Zaroon and Saltanat faced a fatal threat when they were caught in a terrorist attack. They had the explosives with them. They were nearly dying. The family had learnt the huge danger on their lives.

Zaroon and Saltanat had an emotional moment and confessed love to each other before dying. The tough situation had brought them closer. Saltanat opened up with her feelings. Zaroon and Saltanat get saved by the police and bomb squad’s help. They rush home to the family, who is worrying for them. Zaroon, Saltanat and Kainat come home and meet their families. They all get emotional on their return. Zaroon wishes Saltanat accepts his love, since their hearts are connected. Zaroon and Saltanat get applauded for their bravery and great deed to save many innocent lives.

Yeh Un Dinon Ki Baat Hai:
Naina gets drunk after consuming the liquor chocolate cake. She turns too romantic. Sameer was trying to cheer her so that she dances with him. He didn’t think she will start behaving so weird. She dances happily and runs like a kid. She goes crazy. Naina celebrates her first anniversary with Sameer. Later, Sameer gets angry on the neighbor. Rakesh stops Sameer from fighting with the neigbor. He doesn’t want Sameer and neighbor’s ugly fight to get problems for Naina. He asks Sameer not to lose his cool and ignore the unwanted people in his life. Rakesh gives some lessons of life to Sameer. Sameer is angry that he isn’t able to earn money.

Ishq Mein Marjawa: Deep loves Aarohi and can’t see her in pain. She wants to stop Deep from doing illegal work. He asks her to stop the drama of love. He asks her not to come between his life’s aim. He is smuggling gold. She doesn’t want him to enter the crime world again. She wants him to fix his life and not walk on wrong path again. She gets hurt. Deep cares for her and heals her wound. She realizes his love once again. She tells him that its her love that’s wanting him to be safe. He asks her to let him go if she loves him. He locks her in the room and goes away.

Dil Toh Happy Hai Ji:
RV and Happy get married. Happy wants to protect Rocky from RV. RV plans a grand welcome for Happy. He does her Grahpravesh and expresses his love for her. Rocky interrupts their moment and gets an entry in RV’s life. He bashes up RV again. The guards catch Rocky and beat him up. Happy can’t see Rocky in pain. She asks guards to leave Rocky. She cries for Rocky. RV throws out Rocky from the house. Rocky knows that Happy has married RV by coming into pressure of Rocky’s family. Rocky wants to save Happy. He knows Happy loves her. He wants to know why7 did Happy marry RV.