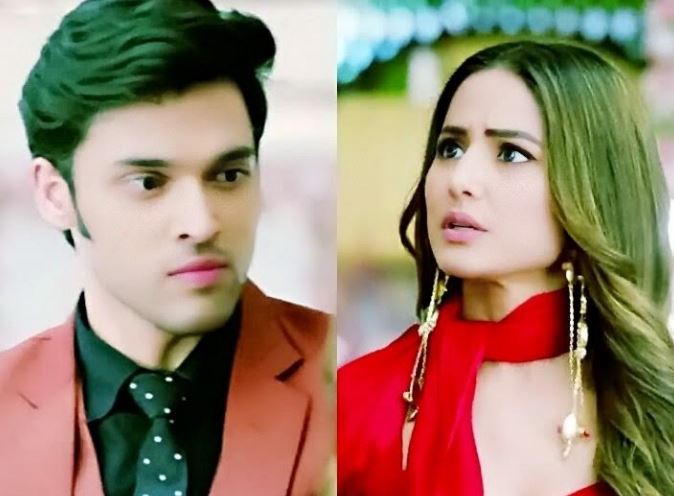 Upcoming Star Plus Kasautii Zindagi Kay Anurag tries hard to save Komolika’s life. He gets rescued. Mohini worries for Anurag. Police inspector tells them that Komolika has committed a suicide and there won’t be any case on Basus, they have already tried to save Komolika. Mohini and Prerna take care of Anurag. Ronit barges in with the police and asks them to arrest Prerna, who had planned to kill Komolika. Anurag stops the inspector from arresting Prerna. He asks them to call the ACP who is handling this case. He tells how ACP had called them to warn about Komolika’s threat. Ronit and Chobey create a scene and blame Anurag for cheating Komolika by having an affair with Prerna.

They want Prerna to get punished. Anurag defends himself and Prerna. He tells them that he will show them the truth of Komolika. He shows them the footage where they see Komolika attempting to kill Prerna and then falling down by her own wish. He tells Chobey that he didn’t do anything, Prerna is also innocent, Komolika has deliberately taken this step. Chobey is worried that Anurag can release this footage and ruin his image. He tells Ronit that they will file the FIR against Prerna and plan her murder. He asks Ronit to calm down and let him handle this.

He apologizes to Anurag and tells that he won’t get anyone arrested. He accepts Komolika’s mistake. Ronit blames Anurag and Prerna and wants to kill Prerna right now. He pulls Prerna and asks her to come with him. Anurag gets angry when Ronit tags her a murderer. Ronit gets beaten up by Anurag. Shivani and Veena arrive there and see Ronit’s arrest. They all get worried when Anurag threatens Chobey from ruining his political career. He asks Chobey to get Ronit arrested if he wants to save his image. Chobey gets helpless and gets Ronit arrested by the cops. Ronit gets revengeful against Prerna and kidnaps her. He wants to punish Prerna for Komolika’s death.

Meenakshi plans a big twist in Mishti and Kunal’s Tilak rasam. She also reveals to Mishti about Kunal and Shweta’s love relationship and past. Abir leaves from the home. He gets to read Mishti’s diary and realizes that Mishti likes Kunal but for the gestures which he did actually for Mishti. He realizes that Mishti is in love with him. He feels lucky and wants to make Mishti realize her love. He thinks Mishti and he would be happy together. He shouts out that he has won his love. Abir wants to go back home and confess love to Mishti.

He wants to tell Kunal that Mishti isn’t suitable for Kunal. Mishti looks for her diary and then recalls that Abir has taken her diary. She gets Kunal and Shweta’s engagement picture and gets a huge shock. She feels Kunal wanted to know her past and didn’t bother to tell her about his past relationship. She wonders if Kunal loves her or not. She gets confused about Kunal again. Everyone waits for Abir and Mishti. Abir is on the way to the function. Kuhu goes to Mishti and asks her why is she going away when everyone is waiting for her. Kuhu is angry as Mishti doesn’t value Kunal. She asks Mishti to tell her if she has some plan to run away.

Nanu overhears them and understands that Mishti loves Abir and doesn’t want to get engaged. Nanu calls Abir and tells him that Mishti is helpless to get engaged, she doesn’t love Kunal and is confused, she actually loves Abir. Abir gets happy to know this and tells Nanu that he is coming soon. He doesn’t want Mishti and Kunal’s marriage to happen. Everyone is worried when Kunal asks Mishti about the thing she has hidden from her. Naman comes home for blessing Mishti. Naman’s arrival creates a huge drama in the engagement. Kunal gets angered by Naman’s drama. Mishti gets embarrassed. Meenakshi’s plan succeeds. Abir will come to support Mishti.