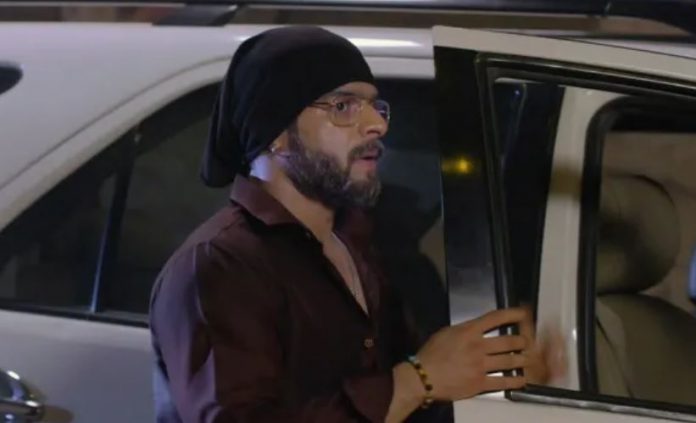 Raman Ishita Yeh Hai Mohabbatein Simmi takes Neha into confidence. She tells Neha that she is with her and trusts her. She tries to get the truth out of Neha. She asks Neha how did she meet Yug and how they fell in love, when did they get married. Neha cooks a story and lies to Simmi. She thinks Simmi is foolish to believe her. She lies that she is fasting for Yug’s sake. She asks Simmi to get fruits for her so that she can keep her fast. She sends Simmi away and thinks she is safe now. Simmi plans against her and wants to teach her a lesson. Simmi knows that Neha is lying to her. On the other hand, Raman and Ishita tell Karan about their plan to enter Sahil’s network. Karan offers to help them, but Raman doesn’t want him to risk his life.

Raman tells Karan that just Ishita and he will execute their plan. Karan wants to keep an eye on Shamshad by hiding this from them. He doesn’t tell them and goes to Shamshad’s place. Raman and Ishita lie to the family that they are going to watch a movie. They ask Simmi to take care of the family until they return. Raman changes his disguise and gets into a goon’s avatar. He becomes Ishita’s driver and takes her to the goons’ hideout. Karan too takes a driver’s disguise and meets Shamshad. He offers lift to Shamshad. He gets to hear Shamshad’s planning about killing Raman. Shamshad asks the goons to trap Raman in drugs case.

Karan learns Shamshad’s plans by overhearing his conversation. Karan messages Ruhi to alert Raman. She doesn’t understand his message and calls up Karan. He doesn’t answer and hopes she informs Raman. Ruhi calls up Raman and tells him about Karan’s strange message. Raman decodes Karan’s message and understands. He tries to run from the goons’ hideout. He fails to escape and gets caught by Sahil’s goons. Ruhi worries that Raman and Ishita have fallen in danger again. She prays that they stay safe. Sahil’s goons start questioning Raman and don’t identify him. Raman tries to trick them, but lands in trouble. The goons point gun at Raman and catch him.

Raman tells them that he has got his boss there. They ask about his boss. Neha helps Simmi in kitchen. Simmi asks Neha about her family and gathers information from her. Raman asks the goons to wait for his boss, who is coming soon. The police reaches there and arrests Sahil’s goons. Shamshad tells his man that Karan is a foolish man and can’t use his Sim. He fixes his next meeting for dealing drugs. Karan spies to know where is the next meeting happening. Ruhi and Yug wait for Raman and Ishita’s return.

When Raman gets Ishita home, Ruhi and Yug offer them help so that their risk gets less. Karan meets them and reveals his disguise. He tells them that he has spied on Shamshad and got to know about the next meeting of drugs dealing. Raman asks Karan not to take risk, Shamshad can kill him. Simmi checks Neha’s belongings and gets a bullet, which leaves her shocked. Keep reading for more on Raman Ishita Yeh Hai Mohabbatein.