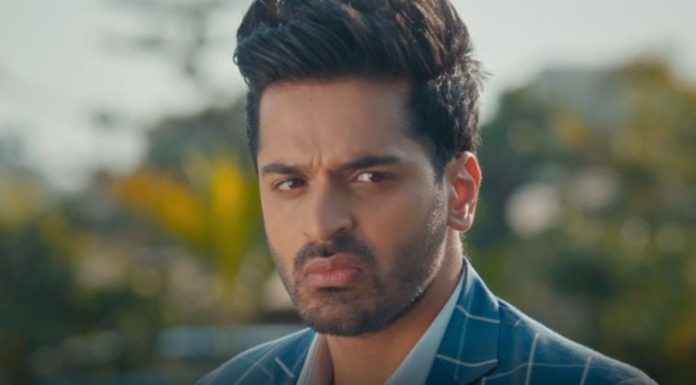 Silsila Veer stunned by a shocking news. Mishti is kidnapped by the goons. Goon wants to take her out of the city. Mishti doesn’t get to hear Ruhaan’s call. Goon tries to misbehave with Mishti. Ruhaan senses Mishti is close. He checks the old godown and finds the goons. He gets into a fight with the goons. Pari tells the family that Mishti is nowhere, she hadn’t reached the clients for the meeting. Ruhaan gets captured by the goons as well. He gets tortured. Radhika fears for Mishti’s life. Radhika wants to know where is Mishti. She faints in tension. Ruhaan tells the goon that he had lost the way. Goon wants to leave him in the morning and asks him not to come in his way. Ruhaan cleverly lies to fool the goon.

After the goon leaves, Ruhaan struggles and gets free from the numerous ropes. He looks for Mishti. Pari gets Radhika to consciousness. They rush to the police to complain about missing Mishti. Radhika tells the entire matter to inspector, who thinks Mishti and Ruhaan have eloped together, maybe its a love affair. Radhika and Pari don’t think that they are in love. Inspector meets Veer and informs about Mishti and Ruhaan, who are missing.

Veer’s mum doesn’t want to know anything about Mishti. Veer asks her not to speak bad about Ruhaan. Inspector suspects that Veer’s mum is behind their disappearance. Veer defends his mum. Inspector threatens them that they won’t be spared by law if they are behind this. Inspector informs Radhika that he couldn’t find Mishti. Veer and his mum discuss about Mishti’s kidnapping when they think who can do this and why. They suspect Ruhaan since he is also missing from the same time.

Veer doesn’t think for once that Ruhaan maybe Mishti’s lover. Mishti gets troubled by the goons and hopes that Ruhaan saves her. Ruhaan gets close to locate her. Veer gets a strange news of a paying guest kidnapping the young female house owner. Veer gets worried and thinks if Ruhaan has kidnapped Mishti. Ruhaan attempts to save Mishti. Silsila Veer is stunned. What will Veer do now to find Mishti? Keep reading.