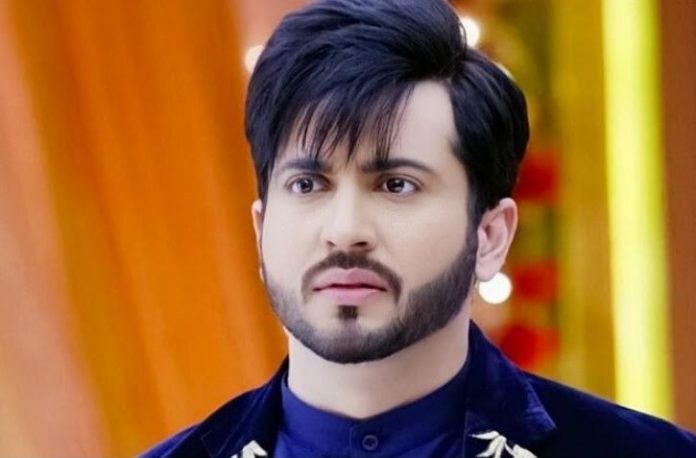 Latest Telly Kundali Bhagya Ek Thi Rani Ek Tha Ravan: Rivaaj calls Tantrik to get rid of Anjali’s soul. Anjali makes a scintillating entry as the tantrik lady Manjulika and confirms to Rivaaj that the soul has entered in him. She makes him dance to get rid of the soul and beats him with hunter recalling how he tricks her to write a suicide note and then attempted to kill her. Raghav suggests Dadi to keep the party at home so that Shivraj’s party workers feel that everything is fine in their house, as they watched Rivaaj dancing and Anjali beating him.

Anjali asks Rivaaj to confess if he has done anything wrong. Rivaaj says I didn’t do anything. Rani brings pedestal fan and plays Anjali’s voice recording keeping the recorder in front of the fan. Rivaaj hears the echoed voice of Anjali and gets scared. Just then Anjali’s hair moves from her face making her recognizable. Rivaaj recognizes her and calls her Anjali. Anjali is shocked.

Main Maayke Chali Jaungi: Shalini tries to impress Suranas. Samar is shocked with her confession that Jerry is not his son. He gets an idea to reach the truth with Jerry’s help. He asks Jerry to play with him. Shalini emotionally blackmails Rama and Prabha and ask if Jerry and she will not get their rights. Rama falls in her trap and gets emotional for Jerry. Samar challenges Shalini that he will expose her truth. Shalini threatens him.

Shakti: Two new entries to take the story ahead. Mr. Bansal hires Soumya to take care of his son Vedant. Soumya looks forward to make the depressed Vedant lively again. Harman comes to meet Soumya. Soumya is surprised to see him. Harman wants to make everything fine between them. Veeran gives money to Saya on Harak Singh’s behalf and asks her to take care of Soham. In the night, Harman comes to Soumya room while she is sleeping and wishes her happy birthday. Soumya wakes up hearing his voice and smiles. She recognizes the happening and gets sad. Harman wants to make her birthday special and plans with his sisters.

Kundali Bhagya: Sherlyn threatens Karan to malign his image in front of family members. Karan feels defeated by her. He tells Sameer that if Preeta had come at the right time then he would have shown the right value to Sherlyn, but she didn’t come and Sherlyn slapped me on my face and showed my value in my house. He blames Preeta and tells that Rishabh’s life is ruined and Sherlyn became bahu of this house. He gets upset with Preeta. Sarla calls Shristi to hospital and tells her about Sherlyn’s conspiracy. Shristi tells her that she will not leave Sherlyn for trying to kill her mum. Sarla stops her and asks her to save Preeta first. Shristi asks what do you mean? Sarla tells her that Preeta is critical and needs blood units for her surgery completion. Shristi is shocked.

Jhansi Ki Rani: Gangadhar and Manu hold each other hands at the party in the British commissary. They clap for them. Ross makes an announcement that they are going to transport even animals through this train tomorrow which they collected from the public as tax. Manu thinks she can’t let this happen and have to get the map anyhow. She excuses herself. Ross sees her going and thinks this queen will not mend her ways. He thinks to keep an eye on her. Manu goes to commissary office cabin and searches for the map. Ross goes there and is shocked. Manjiri informs Moropant about Ross’ actual plan to make railways run on the different track than the planned track. He plans to blast the railways track.

Main Bhi Ardhangini: Madhav asks Vaidehi to stop behaving like Chitra and focus on their relation. He asks her not to feel insecure about Chitra. Vaidehi tells him that she is not insecure of Chitra and asks when did she behave like her. Madhav tells her how she regrets to marry him. Vaidehi is shocked. Later, Chitra appears as Vaidehi in front of Vaidehi on the TV screen. Vaidehi asks her what she wants from her. Chitra asks her to leave from the house. Vaidehi says this is my house, why I will leave. Chitra says if you don’t leave from here then will lose your life. She threatens Vaidehi to leave Madhav.