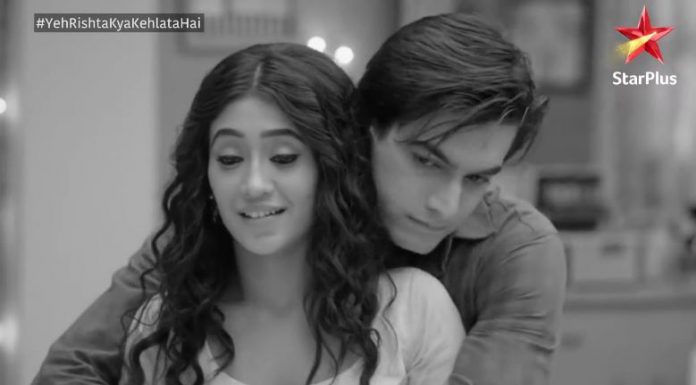 Yeh Rishta Shocking Kartiks trauma next. Kartik’s suspicion breaks Naira’s heart completely. She shatters and gets too disappointed with Kartik for his question on her character. She leaves from the Goenka house. She feels the life is separating them again. She thinks of her dreams broken up, since she had a good news to share with Kartik. She gets upset while thinking of her marriage with Kartik. She feels Kartik has done wrong to shatter her dreams. She sheds tears of sorrow and pain. Kartik gets angry that Naira accepted the affair blame. He wonders if Naira really had an affair with Mihir. He can’t believe her infidelity. Naira gets saved by a speeding truck.

The driver asks her to drive carefully else she will die. He warns her against her bad driving. Kartik recalls Naira’s answer once again. He feels he did a big mistake by asking Naira. He thinks to find Naira and apologize to her. Naira stays lost in her own sorrow. She drives to the closed road where a tunnel construction work is going on. The people blast the place to make the tunnel. They clear the road. Naira drives to the same place. Kartik worries for Naira when her picture catches fire. The worker sees Naira’s car and tries to stop her. Naira doesn’t stop her car. Her car gets affected by the blast. Naira meets with an accident.

Goenkas return home from the temple. They see him in worried state. He asks them if they have seen Naira, he made a big mistake and hurt her heart. The workers try to run and help Naira, whose car catches the fire. They get Naira’s medical help and call up Kartik on finding his number. Naira faints inside the car. She wants Kartik to come and save her. The worker informs Kartik about Naira’s accident. Kartik rushes to find Naira. Manish and Samarth follow Kartik and want to know what happened to Naira. Suwarna rushes to Kartik’s room and finds the big mess. She calls Manish and tells him that something wrong has happened, Kartik and Naira aren’t on good terms.

Kartik reaches the construction site. He learns that Naira isn’t inside the car. He checks the car. He rushes towards the jungle. Naira goes inside the jungle and walks lost. She apologizes to the baby and wants to save the baby. Kartik looks for Naira. She wants to get back to Kartik and looks for a way out. Manish and Samarth learn about Naira’s accident and inform Suwarna. The Goenkas get worried knowing about the bad accident.

Kartik gets hurt and shouts out. Naira hears him and realizes that Kartik has come there to get her home. She faints down and he misses to see her. Kartik loses her once again. Samarth takes Kartik home for his safety. The family feels Kartik has lost Naira forever and mourn for Naira’s death. They assume that Naira has died in the blast. Kartik regrets to question Naira and lose her forever. He apologizes to Naira and cries for her.