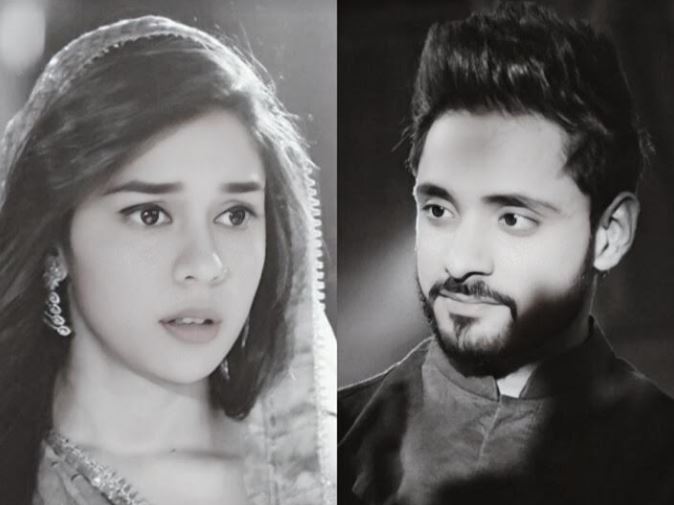 Ishq SubhanAllah Silsila Guddan Tumse Na Ho Payega: Guddan and her family become the target of their new enemy. They all get fainting. Akshat tries to protect them, but also loses consciousness. Parv has fed the spiked sweets to the family and made them vulnerable before expressing his true evil intentions. Parv accepts his truth. Parv tells Guddan that she can’t plan anything against him. He is sure to win over them with ease. He asks them not to attack him with their over smartness.

Akshat beats up Parv. Parv wants to marry Guddan’s sister. Akshat finally saves Guddan and his family. Guddan then gets bitten by a snake. Akshat worries seeing the snake leaving. He sucks out the poison from Guddan’s feet and saves her life once again. Parv tries to shoot down Guddan. Akshat fails Parv again. The family values Guddan for risking her life to save them.

Manmohini:
Mohini turns raged up and slaps Sia. She also punishes her gang when they fail to keep her secret. Mohini threatens to kill Sia. She wants to know Sia’s motives. Sia has got Devki back with her, by reviving her body from DK’s evil shadow. Sia wants DK to suffer and pay for her evil. Devki and Sia trick Mohini. Devki stops Mohini from hurting Sia. She reminds that Sia is very important to preserve her youth and beauty. She asks Mohini not to hurt Sia.

Ishq Mein Marjawa: Aarohi has to get evidence against Deep and get him arrested for the sake of his own betterment. She uses her love to trick him. She wants to stop Deep from committing more crimes. Deep gets confused by her motives. Aarohi is assisting the police and is solving the case related to Deep. Aarohi cares for Deep and heartily wishes that he walks on the right path of life. She wants to know about Deep’s father’s truth. Deep is innocent and someone is framing him once again. Deep and Aarohi join as a team once again. They get attacked by someone’s goons. Aarohi turns into a CBI officer. She faces the goons and shoots at them, to protect Deep.

Ishq SubhanAllah: Ruksar is back in Kabeer and Zara’s life once again. Ruksar will start her manipulations once again to separate the couple. Ruksar hides her identity for long and keeps an eye on Kabeer. She has regained her memory. She gets obsessed for Kabeer once again. She learns about Kabeer and Zara’s different take on the family matter. She plans an entry in the Eid Jashan. Ruksar’s re-entry surprises the family. She brings a new storm for Zara.

Silsila: Veer throws a party for his friends. He invites Mishti and Pari as well. He misbehaves with Mishti and vents out his anger on her. He insults her, which angers Ruhaan. Ruhaan doesn’t want to forgive Veer for his ill behavior. Veer wants to create problems for Ruhaan and Mishti. She stops Ruhaan from confronting Veer. Ruhaan asks Mishti how can she stop him from answering Veer’s questions. Mishti feels Veer will get more depressed on knowing about her relationship with Ruhaan. She gets into a fight with Ruhaan when they disagree over their relationship’s truth coming out. Ruhaan finds a way to convince Mishti.