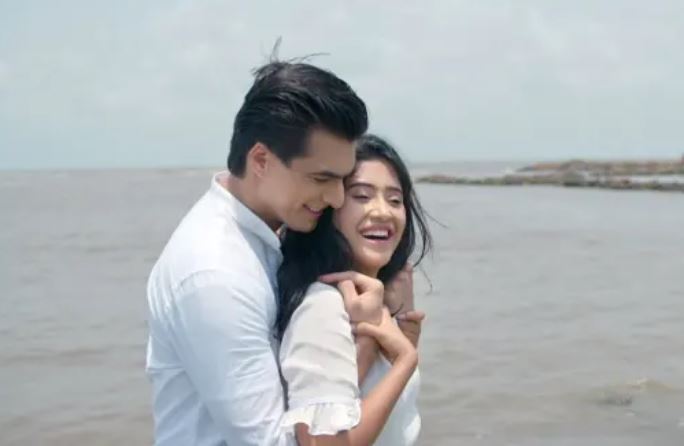 Know Yeh Rishta Kaira Big change The leap of five years take place. Naira moves on in the life without Kartik. She misses Kartik in her imagination. Kartik and Naira’s cute moments are seen in the dreamy romance. Naira gets upset when she faces the reality. She breaks down, but doesn’t want her courage to fall apart. She works as a yoga teacher, named Tina. She saves a girl from drowning in the sea. She wants to manage everything alone and not fall weak. She gets applauded by the people for her bravery. Naira tells her friend that she has gone through a lot in the past years. She doesn’t tell anyone about her past and influential contacts. She plans to visit her friend in the Carnival.

Naira goes home to make up to her son. She doesn’t want him to get upset with her. He teases her and tells her that he can never be upset when she is around. She asks him to get prepared for the first day at school. Naira gets sad that his father’s name will come in picture with his school classes beginning. She meets the father at church and shares her tensions. She doesn’t want Aarav to ask about his father Kartik. She hopes everything gets fine. She goes to drop Aarav at the school. Kartik spends time with Samarth’s son Vansh.

He is happy with Vansh and prepares him for the first day at school. Vedika helps Kartik. Dadi praises Vedika for being so dutiful towards them. Naira shares her sorrow with her friend. Lisa asks Naira not to worry, since Aarav can handle the problems on his hand. Naira goes to pick Aarav from school. The teacher asks Aarav to write his parents’ names and also put their photos on the ID card. Aarav sees the parents coming to pick the children. He gets thinking of his father. He doesn’t let Naira get upset and cheers her up.

Manish spends good retirement. Kartik wants the best school for Vansh. He tells them that he wants to plan a party for Vansh. Dadi wishes Singhanias also join them in the party. She regrets that Singhanias left the city post Naira’s death. Kartik misses Naira and expresses his sorrow over her death. Aarav asks Naira to see the photo he has put in the ID card. Naira gets worried and wants to keep Aarav away from Kartik.