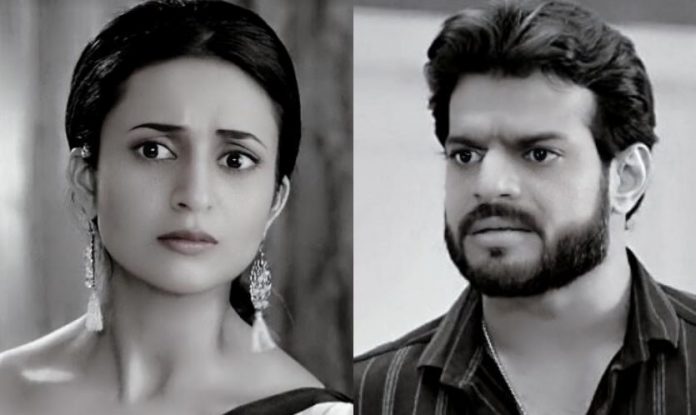 Read Yeh Hai Mohabbatein Simmi and Mihika check Neha’s suitcase and find a little pouch inside, which contains the bullet shell. They get little bit shocked seeing the weird thing kept preserved and hidden. Neha and Aaliya get inside the house while having a cat fight again. They want their rights on Yug, and claim to be Yug’s life partners. They argue that Yug’s treatment couldn’t happen. Simmi tells Mihika that they should just go to Raman and show the bullet shell. They quickly pack Neha’s suitcase and leave from the room.

Neha sees them leaving and questions them. Simmi manages to lie to her. She goes to Raman and Ishita. She presents the bullet shell and tells them that Neha could get dangerous, she is much clever and has come with some big motive. Ishita tells Raman that the bullet shell will be part of some story and they have to find the story behind it so that they can decode Neha’s real intentions. She wants Simmi to spy on Neha further and know her motives. Raman doesn’t know why did Neha just have the bullet shell, without any gun.

Raman asks Ishita to focus on their big plan of trapping Sahil’s aides, than Neha’s matter. Ruhi awaits Karan’s message. She gets worried of his safety. She wants to know if he is fine. Aaliya finds Ruhi too caring towards Karan. She asks Ruhi if she is in love with Karan. Ruhi denies her feelings.

She doesn’t want to fall in love with Karan again. She isn’t sure of Karan’s change yet. Karan in disguise finds out the next meeting details from Shamshad. Manish tries to stop Karan and question him. Karan calls up Ruhi and informs her about the location where Shamshad is going for his next deal. He asks Ruhi to update Raman and Ishita soon. Raman takes the disguise of Shaina’s driver. Ishita as Shaina takes a big risk on reaching the place. She scolds Shamshad and Manish for not informing her about the deal and handling things themselves. She tells the clients that she is Shaina Shah, Sahil’s wife and she will lead the deal. Manish wants to tell them that she isn’t Shaina, but Ishita.

Shamshad stops Manish from revealing Ishita’s identity which can fail Sahil’s plan to give her Shaina’s name. Shamshad and Manish don’t reveal the truth. Ishita thinks if she fails to prove her real identity, then she will get blamed for Sahil’s crimes. She provokes them by insulting them and taking the money from them. Shamshad doesn’t react on her instigation. Cops reach there and arrest Shamshad and Manish, along with the goons. Shamshad threatens Raman that he will kill him. Raman and Ishita get a threatening note and get puzzled. They want to know who is the person contacting them knowing their troubles.