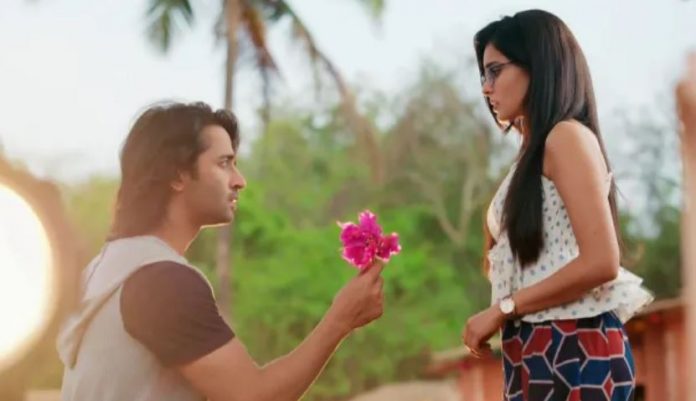 Trending Telly Spoilers Shakti: Mr. Bansal gives a big responsibility to Soumya to make food for his special guests. Soumya happily takes the task in her hand. Soumya decorates the house. Mr. Bansal asks her to check the arrangements before the arrival of guests and says everything shall be good. Soumya asks him not to worry and tells him that she has done exactly the same way he told. Her Pallu gets stuck in the chair. Harman comes there and smiles. Soumya turns to look at him. Harak Singh and Harman come to Mr. Bansal’s house for a business deal and come to know about Soumya working there as a caretaker.

Tujhse Hai Raabta: Kalyani thinks she will be marrying Malhar and not Atharv, but the latter gets him kidnapped. He comes to the mandap to marry Kalyani. She thinks Malhar is with her in the mandap. He asks him to look at her. Atharv moves the sehra off his face and asks her to do the marriage rituals secretly if she wants Anupriya and Malhar safe. Kalyani prays to Durga Maa and says you are my last hope. Anupriya is tied behind the Goddess idol and gains consciousness. Atharv is about sindoor in Kalyani’s maang. Anupriya frees her hand and shouts asking them to stop the marriage.

Yeh Rishte Hai Pyaar Ke:
Abir proposes Mishti when the NGO ladies tease him about her. Abir gets into drama mode and comes up with a proposal, which gets too shocking for Kunal and Kuhu. Kuhu asks Mishti what’s happening. Mishti tells her that Abir was giving love lessons to the girls and acted to show a love proposal. Abir tells Kunal that it was just a drama, he doesn’t get angry seeing this. Abir has really expressed his feelings for Mishti, but can’t accept it in front of Kunal. He doesn’t want to hurt Kunal’s heart. Kuhu gets kidnapped by the village goon. Kunal acts as her hero and rescues her life. Kuhu falls for Kunal once again.

Ek thi Rani Ek Tha Ravan: Shivraj throws Rivaaj out of the house, breaking their relationship with him. He tells that they shall get him arrested. Rani tells him that Anjali is alive in Ashram and is tormented after Rivaaj tried to kill her. Raghav goes to meet Anjali. Rukmani is in shock and apologizes to Rani for not believing her. She feels cheated by Rivaaj and blames herself for blindly trusting him and not seeing that he used her as a medium to reach and get Rani. Rani pacifies her.

Rukmani faints suddenly. Rani takes care of Rukmani. Shivraj apologizes to them. Rivaaj has become more evil and plans to kidnap Rani. He comes home secretly and kidnaps Rani. Raghav finds Rani’s earrings and calls her. He comes to the balcony and sees the truck leaving. He realizes Rani’s life is in danger.

Gathbandhan:
Dhanak gives a romantic surprise to Raghu and pleases his heart. He gets overjoyed when she expresses her heart feeling and love to him in an unexpected way. She kidnaps him and gets him to the place where she has done the arrangements of their romantic date. She shows him the shop where he will be doing his business in a fair way. She wants him to earn living in a positive manner, by leaving the evil crimes. Dhanak’s feelings gets known to him. Raghu compliments her beauty. He tells her that this is the happiest moment for him. Keep reading for more Trending Telly Spoilers.