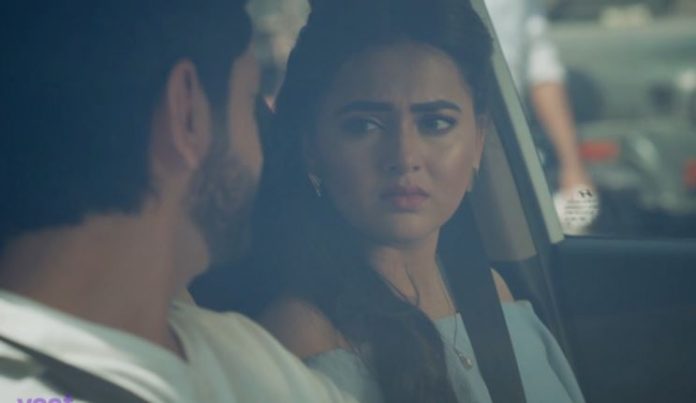 Colors TV Shows Udaan Ranvijay has married Anjor to take revenge on Chakor. He is taking advantage of Anjor’s mental imbalance. Chakor gets a huge shock and can’t believe his move. She goes to slap Ranvijay. Anjor stops Chakor and asks her not to hurt Ranvijay. Ranvijay asks Chakor what will she do now that he is now her son-in-law. Anjor gets mad for him, since she doesn’t remember anything and appears kiddish. Ranvijay manipulates Anjor against Chakor. Anjor has turned into a kid mentally and comes in Ranvijay’s words. Chakor finds hard to explain Anjor the truth. Ranvijay calls the inspector and lawyer there to validate his marriage in front of Chakor. He feeds the sweets. Chakor gets upset with the series of events taking place. She wishes that Anjor gets stable mentally. This happens to be the most disgusting twist in Udaan so far.

Silsila:
Veer decides to take revenge on Mishti for breaking his heart so badly. Mishti attends the party even when Pari warns her not to face Veer. Mishti tries to talk to Veer and clarify the things. She wants to tell him about Ruhaan. She gets angered when Veer spills drink on her clothes. Mishti loses her cool when Veer questions her character. She wants to know who is the new guy trapped by her. She angrily slaps him. She informs Ruhaan that Veer has humiliated her.

Ruhaan turns angry and calls up Veer to answer him. He reveals to Veer that Mishti is dating him and they are into a relationship right now. Veer learns the truth of Mishti and Ruhaan’s relationship and also reveals this to Pari. This gets more shocking for Pari than Veer. Pari and Mishti realize that they love the same guy, Ruhaan. Keep reading for more on Colors TV shows.