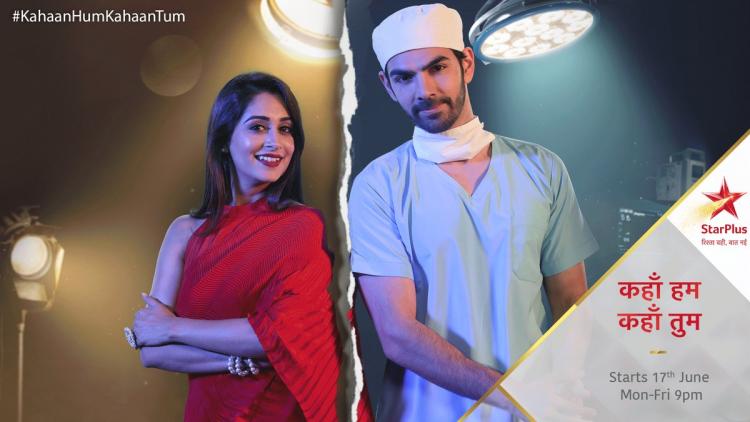 NEW Kahaan Hum Kahaan Tum 19th June 2019 Dr. Rohit meets Sonakshi in an unusual way. He gets to know that she is an actress and diagnoses her health issues. Sonakshi doesn’t accept his medical advice and criticizes the prescription. She tells him that she has more knowledge than him. He asks her to better cure herself by her knowledge gained from the internet. Rohit makes a quick leave where he gets no credit for his medical art. Rohit rushes home after the complicated surgery of Preeti. He gets to hear the maid’s craze for Sonakshi’s show Kahani Parvati Ki. Sonakshi’s show plays while Rohit dines all alone. He thinks its a pass time and tolerates the highly dramatic show for the sake of his servants. Sonakshi is down to earth in reality.

Her mum shows many tantrums and gets into an argument with Sonakshi’s show producer. Sonakshi gets upset when her mum counts her favors and also reminds Sonakshi where she stands in her career. Sonakshi works hard for the family since she loves them a lot. She doesn’t like the criticism from her mum. She wishes that her mum understands her. Sonakshi had made many sacrifices in her life. She wishes that she gets the credit of her work some day. Rohit’s servants watch Sonakshi’s show and irritate them.

Rohit loses his mind when he hears Sonakshi aka Parvati’s highly funny, silly and senseless dramatic lines. He can’t believe that such are the fiction shows. He criticizes the show’s dialogues and script. He makes fun of the stupid show. He asks the servants to never watch the show which has nothing real in it. Rohit takes it as an insult on medical fraternity. He wants to get an answer from Sonakshi itself. He fails to raise a complaint against the fictional show which is mocking the hardworking and talented doctors. He takes the show’s scene as an insult to him. He goes to meet Sonakshi at the same shooting set and confronts her for the silly script. Sonakshi and Rohit get into a fight to defend their little worlds of profession. Keep reading for more on Kahaan Hum Kahaan Tum.