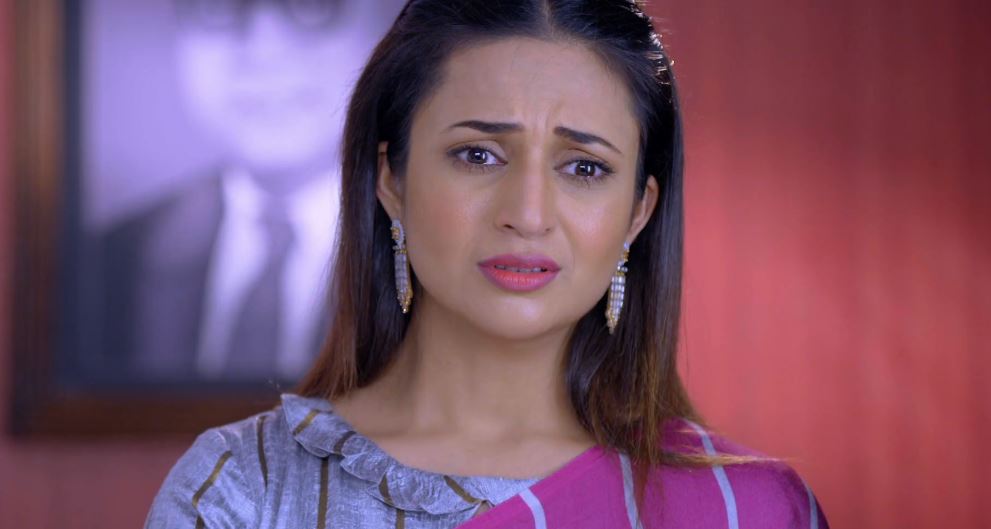 Yeh Hai Mohabbatein 20th June 2019 Raman and Ishita surprise Aaliya and Yug by informing about about the internation work trip planned for them. This delights Aaliya and Yug. Aaliya feels sick after having spicy food. Yug gets worried for her health. Everyone is concerned for her. When Ishita sees Yug caring for Aaliya so much, she gets happy. She thanks Raman for believing in Yug’s love and supporting him to the point where the entire family started believing him. She praises Yug for keeping Aaliya happy. Yug gets to hear their cute talks about him and is happy. He thanks them for making him a part of Bhalla family. Ruhi shops for clothes, since she wants to look good for Karan.

Karan tells the family that Ruhi would be shopping for her marriage. He pulls her leg. Simmi and Mihika tease Ruhi and ask her when is she marrying Karan. Ruhi dismisses this talk. Karan tells Ruhi that even if she is refusing now, they will be soon marrying, she will come to her herself and accept her feelings. Ruhi gets shy on hearing his confident approach. Karan wants to marry Ruhi, when the family plans Yug and Aaliya’s marriage. Karan tells Simmi and Mihika that Ruhi and his marriage will be happening soon. Everyone is excited for Karan and Ruhi’s marriage. Sahil takes a disguise to enter Bhalla house. He gets lucky to get his enemy in front.

He spots Shaina and doesn’t find anyone from Bhalla family. He angrily kidnaps her and threatens to kill her. Shaina isn’t afraid of her. She doesn’t reveal anything to him when he threatens to shoot her if she doesn’t name the person helping her. Shaina tells Sahil that she was dead for him the day when he tried to kill her. He tells her that if she has helped Raman and Ishita and plotted his destruction, then he will be ruining her life now. He wants to take his revenge and kill all his enemies at once. Sahil tortures her. He tells her that she is the one who has given all the leads to the police. Shaina cries and begs him to let her go.

She tells him how Bhalla family has given her a new life, filled with love, care and respect. The family doesn’t find Shaina at home and look for her. When they don’t see her anywhere in the house and compound, they rush to seek the help of the police. Raman and Ishita inform the police commissioner that Shaina is missing. Commissioner summons Shamshad to know the possibilities. He doesn’t want Sahil to know about Shamshad’s help.

Shamshad tells them that maybe Sahil has caught Shaina. He alerts them that Shaina won’t get saved from Sahil now. Raman and Ishita get upset and pray for Shaina’s safety. They finally get clued by Shaina’s secret letter, which reveals the most biggest truth of her life, related to Sahil. Shaina mentions about Sahil and her child, which turns Raman and Ishita emotional.