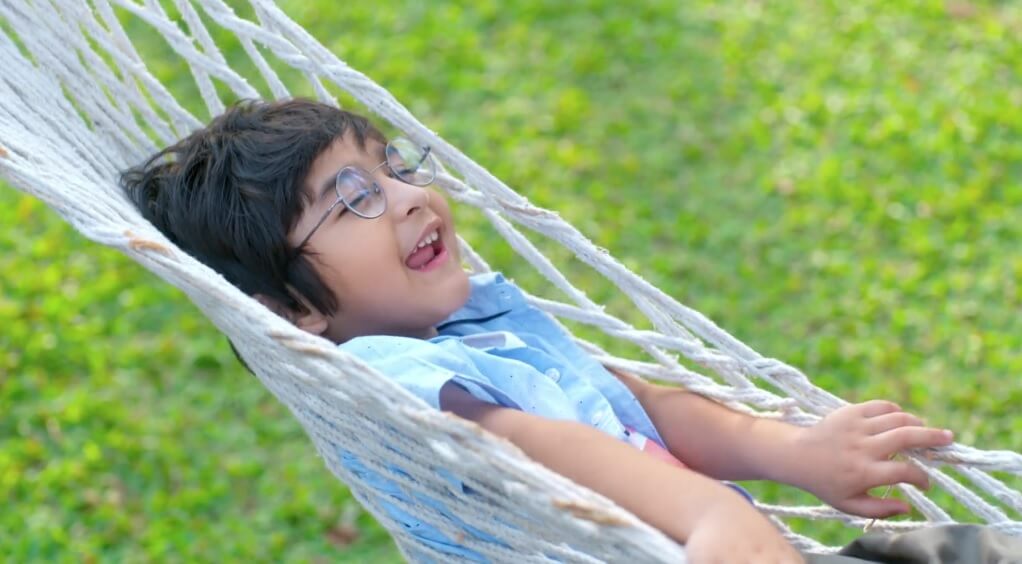 Yeh Rishta Shocking Extreme Twist by Kairav Kartik gets restless to talk to Kairav. He hears the family discussing about the upcoming functions at home. Suwarna tells them that they have to send fees payments. Kartik talks like Kairav and makes everyone laugh. Kartik just thinks of Kairav and misses him. Kairav finds the phone fallen outside in the lawn. Kairav gets excited to get Kartik’s call again and runs to Naira to make her talk to him. He gets to know Naira’s anger over the calls. Naira tells her friend that she will break the phone if anyone lends it to Kairav again to talk to strangers. Naira is much upset that someone is misleading Kairav.

Kairav thinks she is angry and its not the right time to talk to her. He takes the phone hiding it. He goes away to talk to Kartik. He doesn’t want Naira to limit his talks. Kartik loses focus on his work, since he is just thinking of Kairav. Vansh comes up with his questions for Dadi. Dadi tells Vansh that one we don’t see with our eyes can have any image perceived by our senses. Kartik thinks of Kairav and tries to make Kairav’s image. He wants to know how Kairav looks. Kairav gets upset when the school kids tell him about Father’s Day celebrations at the school.

They tell Kairav hat this time he can’t get his mum instead his dad like always, the competition is just for dads. They ask Kairav if he won’t be coming without his dad. Kairav takes this as a challenge and declares that his dad will be coming to play from his side in the football competition. He promises the kids to introduce his dad. Kairav wants to talk to Kartik and call him to his school. Naira tells her friend about her new work. Kairav comes home and tells her about the football competition on Father’s Day. Naira gets worried on finding him sad. She wants to learn football so that she can participate.

She tells her friend that she can learn the game in an hour, when it comes to do anything for her son’s happiness. Kairav calls Kartik and tells him about the Father’s Day celebrations at school. He invites Kartik at his school. Kartik refuses to him as it won’t be right. He asks Kairav to make him talk to his mum. Kairav doesn’t listen and gets angry on Kartik’s refusal. Kartik realizes that he has annoyed Kairav. Kairav packs his bags to go to Udaipur and get Kartik with him. Naira gets desperate to learn the game. Kartik thinks to call back and talk to Kairav. Suwarna learns about Kairav’s invite for Kartik.

Kartik tells her that he has refused to come, since the kid’s mum won’t be liking it. He doesn’t know how will the kid’s parents react. Suwarna asks him not to feel guilty, as Kairav has chosen him, there is no logic in this story but still they are connected. She tells him that he has become an angel for the kid. She asks him to meet the kid. She asks Kairav’s name. Kartik doesn’t know his name either and thinks to ask him. Kairav waits for the morning so that he can go to Kartik. Naira prepares for the game. Kairav wishes happy Father’s Day to Kartik which gets sensed by the latter. Kartik gets ready for his trip to Goa.

Akhilesh gets gifts from Luv and Kush. Vansh too prepares a card for Samarth, which surprises them. Manish asks Kartik why isn’t he gifting anything to him. Kartik jokes that Manish is pretending to be his younger brother these days. He gifts a cool bike to Manish and wins many blessings. Manish blesses Kartik to get a doting son. This brings an emotional moment for Kartik. Kairav doesn’t want to go to school. Naira wants to save Kairav from the taunts. She wants to be with him. She gets hurt during the football practice. She doesn’t lose courage. Kairav plans to run away from the school to find Kartik. He leaves from the school and reaches the bus stop to board the bus for Udaipur. How will Kartik and Naira find him? Keep reading.