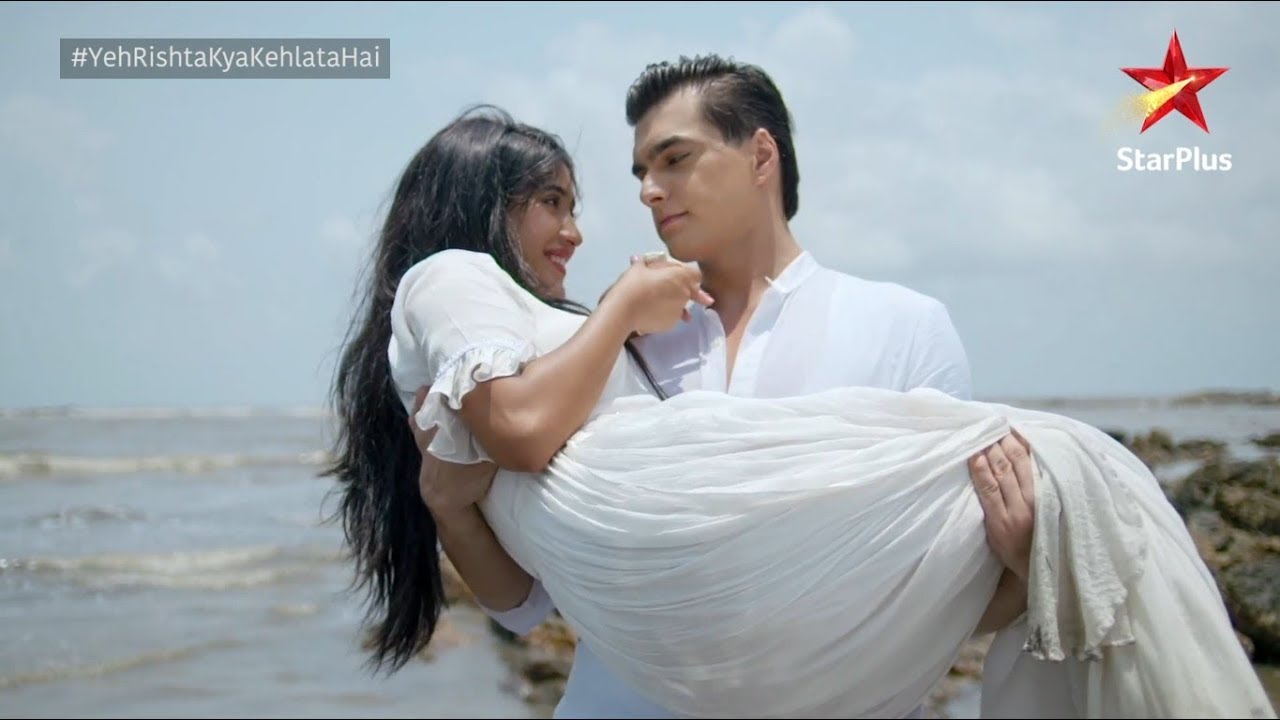 YRKKH Kartik and Naira’s ultimate connect next 27th June 2019 Naira continues to look for her son and gets the updates from the police. She doesn’t find him. The police tracks the phone Kairav is carrying. Kartik doesn’t know Kairav’s name and asks him. Kairav gets upset with him and asks if a dad doesn’t know a son’s name. He asks Kartik how can’t he know his name. Kartik realizes his mistake to ask the wrong question. Kairav asks him did he forget his son. Kartik feels he has hurt Kairav’s heart and apologizes. Kairav tells Kartik that he is much upset with him, he missed him a lot. Kartik thinks if Kairav gets upset, he won’t take him home. Kairav asks Kartik to tell his name. Kartik recalls Naira’s words that they have decided their would-be-child/son’s name as Kairav.

Kairav gets happy and tells Kartik that his name is Kairav. He thanks Kartik for not forgetting them. Kartik gets surprised. Kairav asks the meaning of his name. Kartik tells him that Kairav means lotus. He hugs Kairav and asks him to guide him home. Kartik gets emotional with Kairav’s coming in his life. The police tracks Kairav and informs Naira. Naira tells the inspector that maybe Kairav is going home. She wonders why would Kairav run away from home if he had to return. Inspector tells her that kids are unpredictable and do such things sometimes. Manish romances Suwarna and wants to take her on a bike ride.

Suwarna refuses to risk her life. He taunts her for getting old. She teases Manish for being older. Meanwhile, Kairav gets Kartik home. Kartik connects with the ambience, but fails to see Naira’s picture. Kairav tells Kartik that he would be knowing about the house already. Kartik asks Kairav to call his mum. Kairav looks for Naira. Kartik misses Naira and feels her around. Vedika calls him and asks if he has reached Goa. Kartik lies to her that he is still on the way, he will reach Goa and call her up. Vedika waits to meet him. She gets happy that Kartik is coming for her. Kairav tells Kartik that Naira isn’t at home, she always leaves the house open, since she has nothing to lose. Kartik thinks to tell the truth to Kairav.

He doesn’t want Kairav to get heartbroken. He decides to talk to Kairav’s mum. Kairav feels hungry. Kartik tells him that he will order food. Kairav doesn’t want anything from outside, and asks Kartik to cook food. Kartik and Kairav bond and cook the food together. Kartik feeds the food to Kairav with love. Kairav gets too happy. Naira gets delayed by the obstacle at the check post. She wants to rush to home fast. Kartik and Kairav enjoy their time. Kartik misses Naira and turns emotional. He feels Naira is dead and will never come back.

He searches for her everywhere. Kartik sees Naira’s picture in his wallet. He plays with Kairav and drops the wallet. Kairav misses to see Naira’s picture. Naira’s scooty breaks down. She runs towards the home. She wants to be sure that Kairav is fine. Kartik puts Kairav to sleep. He gets a call from Dadi, who calls her at the hotel fast. Kartik asks her to be with Vedika. Dadi asks him to come soon. Kairav calls Kartik his best dad and sleeps. Kartik leaves him and goes. Naira comes home and is much relieved to see Kairav fine.

Kartik thinks if he did a mistake to leave Kairav alone. He decides to take Kairav with him, he can drop him home later when his mum arrives. He goes back to pick Kairav. He sees Kairav with his mom and feels he is safe now. He goes to the hotel to meet Dadi. Naira decides to talk to Kartik. She calls him up. He doesn’t answer her calls. Naira and Kartik have a text chat and fight. She doesn’t want any stranger to cheat her son. He tries to explain his clean intentions.