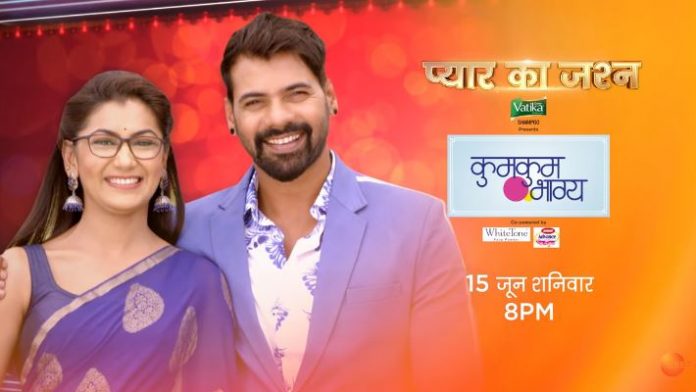 Zee Spoilers Friday Alert Tujhse Hai Raabta: Kalyani thinks to get romantic with Malhar so that he doesn’t flirt with other women. She decorates the room with flowers and lights. Malhar comes to the room after bathing and sees the bed and everything decorated in the room. He is surprised. Kalyani comes there wearing red saree, keeping a veil on her head as she brings the glass of milk and asks him not to be scared, says she is under the veil. He shouts Kalyani. He asks if this is a joke then it is a bad joke. He gives an angry look. Kalyani gets upset and thinks he is not calm down in her love like Sampada used to handle Atharv. She decides to follow Sampada in this matter. Malhar and Kalyani share some cute moments unintentionally.

Kundali Bhagya: Preeta tells everything to Luthra family about Sherlyn. Everyone is shocked and look at Sherlyn. Sherlyn tells them that Sarla and Preeta don’t want her to stay peacefully here. The goon takes Sherlyn’s name and says she gave the order to kill Sarla. Kareena gets angry and slaps Sherlyn. Sherlyn is shocked. Prithvi signs the goon to lie.

Kumkum Bhagya: Disha asks Prachi to go and says she will go later. Prachi insists on asking her to come with her. Disha gets uncomfortable seeing Purab. They have an awkward moment. Aaliya tells Pallavi that big people will come and they will have a very lavish party and if she gets the party arrangements done by the middle-class people then it will not work. Prachi finds it okay. Aaliya gets angry and asks her not to dare to tell her Bu ji. Prachi says Rhea calls you Bu ji so I thought to call you same. Aaliya says she can call me Bu ji, as I am her Bu ji, but not yours. Prachi says sorry and calls her Ma’am. Pallavi asks Aaliya to let Prachi organize the party.

Raja Beta: Purva asks Vedant about his answer to Pankhudi. Vedant is silent. Purva thinks it is his yes. Vedant is surprised. He asks her not to stress herself and rest. Later, ward boy comes to Purva and tells her that someone came from the coffee shop and gave Pankhudi’s diary. Purva thinks this is the same coffee shop where Vedant went and thinks Vedant lied to her. She recalls reading the bill that he had ordered two cappuccinos and thinks Vedant also loves Pankhudi.