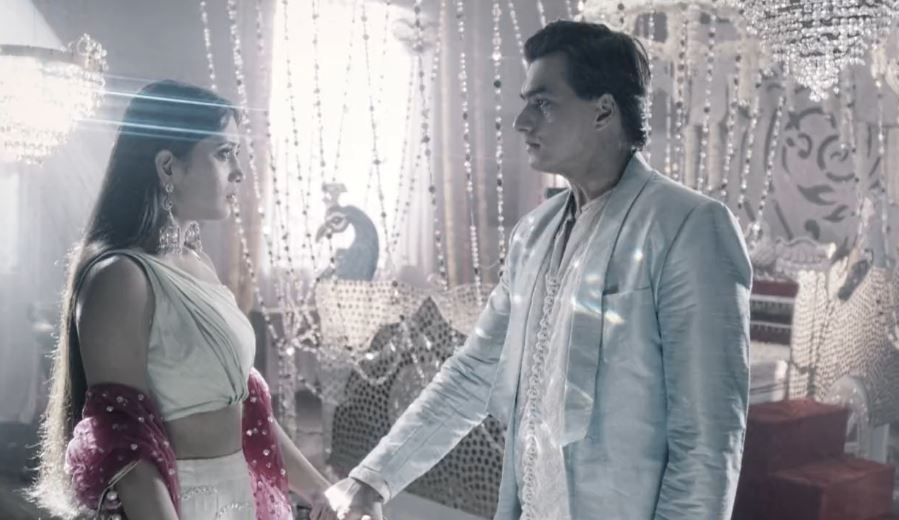 Yeh Rishta Kaira first meet post leap 2nd July 2019 Dadi laughs off after telling Kartik about Kairav’s cuteness and naughty blames on her. Kartik tells her that she is also adorable and doesn’t seem like a thief. He wonders what the little boy has seen in Dadi. Dadi tells Kartik that the boy was just like him and reminded his childhood. Kartik thinks of Kairav when he hears Dadi talking about him. A goon plans to scare the people of a bomb threat and then loot the place to get money. He asks his aide to start the car and be ready for him. He keeps the fake bomb and shouts to scare the people. He shouts about the bomb. The people get scared with this shocking alarm and run around to escape.

Everyone wants to save their lives first. Dadi tells Kartik to take Vedika out with him first. She gets away from them because of the crowd. Kartik asks Vedika to get the car, he will find Dadi and come. Kairav is with Naira’s friend. She falls in trouble and loses Kairav in the crowd. Naira looks for Kairav and gets worried. Kairav gets scared in the crowd. He looks for his mum. Kartik and Naira don’t get to see each other, though they are close. Kairav reaches the church Father and gets safe. Naira falls in trouble when a chandelier falls over her. Kartik watches this and jerks her to save her life. He doesn’t see Naira. He goes to find Dadi.

Vedika gets Dadi and tells her that Kartik has gone to save her. Naira sees a girl in trouble and saves her. Kartik too gets saved from the harm. He realizes that someone unknowingly saved him. Naira witnesses Kartik’s presence. She can’t believe that Kartik is in Goa. She wants to run to Kartik and meet him once. Naira falls weak in the emotional moment. Naira gets obstructed by the fire brigade. Naira fails to reach Kartik. Kairav worries for Naira. He wants her back. Kairav wishes to see her soon. Dadi cries for Kartik. She sees Kartik and gets a big relief. Kartik consoles Dadi. Naira reaches Kairav and consoles him.

Kairav tells Naira that they should go and meet his dad. Naira doesn’t know what to tell Kairav. Dadi feels they should go back to their city. She feels the exhibition isn’t safe. She tells Vedika that though they got a big loss, its fine as they got saved. Kartik wonders about the people who had put stalls to earn money. Dadi tells him that its good that many lives got saved. Kartik tells Dadi that he can’t come with her, he has come to Goa for some work. He wants to meet Kairav’s mum. He doesn’t tell Dadi about Kairav. He tries to make excuses to stay back in Goa. Vedika tells him that exhibition is closed now.

Kartik thinks to message Naira and meet her. Naira gets emotionally down and cries while thinking of Kartik. She doesn’t know why he has come back in her life when she has held courage to stay away. She misses Kartik a lot. Kartik wants to clear the misunderstandings with Kairav’s mum. Vedika finds him worried and wants to know what’s bothering him. Kartik tells her about Kairav. He tells that he has come to Goa to help the little kid who assumes him to be his dad. Vedika realizes that Kartik didn’t come to Goa for her sake. She doesn’t feel upset.

She tells Kartik that she isn’t upset, she is happy that he is keeping the friendship and being true to her. She tells him that she is happy that he is helping a little kid. She asks him to meet Kairav’s mum and sort the issues. Kartik wants to meet Kairav’s mum and fixes a meeting. Naira realizes that Kartik has come to her, and she can’t run more far from him. Kartik looks forward to go to Kairav’s home. Kairav gets stubborn and wants to meet Kairav. Kartik reaches Kairav’s house to meet him. He feels some connection with Kairav. Naira feels sorry that she is lying to Kairav. 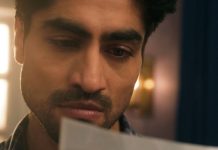