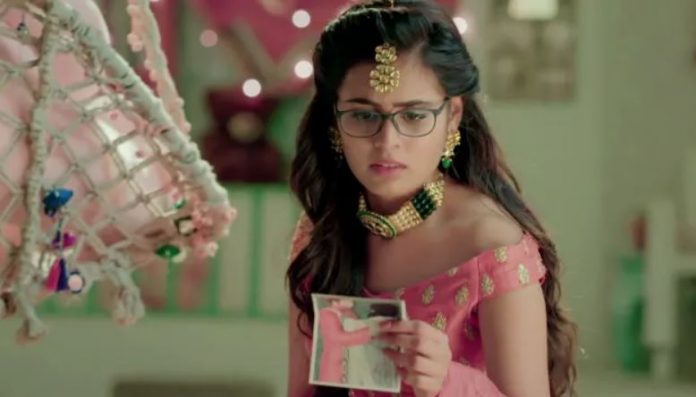 Star Plus Top 2 Huge expected twists 3rd July 2019 Sonakshi shouts on her co-star on hearing the taunts. She doesn’t tell anything to Netra. Veena looks for Rohit. He returns home in a state of fever. Veena worries for him and asks him to take rest. Tanya gets angry and doubts on Rohan. He tells Tanya that their marriage will end if she doubts on him further. Rohit’s family takes care of him. Netra asks Sonakshi why is she so happy. Sonakshi tells Netra about Rohit, who is troubling her. She is fed up of troubles by Sumit, Rohit and Karan. Rohit thinks of Sonakshi and is angered too. Pulkit asks Sonakshi why did she leave from the hospital so soon. She tells him that she met Karan and it caused the disturbing moment. Pulkit encourages her.

Rohit wants to vent anger on Sonakshi. He seeks her address from Yash. Pulkit wants to teach a lesson to Karan. Sonakshi stops him from meeting Karan. She tells him that she fell in love with a wrong person, she will find her true love, and this time her true love will find her if its in her fate. Rohit happens to reach her home and initiates an argument. Sonakshi and Rohit get into a heated argument. He asks her to show his watch to him. He wants to prove that its his watch. He tells her that she will have to return his watch. She is ready to show the watch if he apologizes and follows her rules. He asks her what did he do that he apologizes.

She asks him to stay out until morning and then enter her house. Rohit knows that she is taking revenge on him and asking him to follow appointment. He agrees to wait for her and goes to the garden area. Netra meets him and asks him what is he doing here. He tells Netra that he has been hit by Sonakshi’s tantrums. He asks Netra to wait for Sonakshi as per the rules. Netra finds his talks weird. Sonakshi thinks he is strange to wait all night for a talk. He gets the newspaper in the morning and reads about Sonakshi and his argument news. The media makes him a villain and accuses him for harassing Sonakshi. Rohit confronts Sonakshi for maligning his name.

Mishti apologizes to everyone and feels she couldn’t handle Kuhu well. She tells Varsha that she should have not come between Kuhu and Kunal’s alliance. Shaurya tells her that they got to know about Kunal’s personality because of her courtship demand, she isn’t at fault, Kunal won’t become a good husband and he won’t let Kuhu marry Kunal. He feels Kunal isn’t suitable for Kuhu, he is self centred and just follows his mum. Vishwamber asks Mishti not to lie to them again. Kuhu hears their talk. Vishwamber wants Kuhu to meet Saurab. Kuhu wants to wait for Kunal’s answer, since he has taken a day’s time from her to speak to Meenakshi about them.

Kuhu doesn’t know what to do, to meet Saurav or not. Abir meets Kunal and questions him if he likes Kuhu. Kunal likes Kuhu, but doesn’t tell him anything. Kuhu goes to ask Meenakshi about her plan. Meenakshi tells him that he can keep his friendship with Kuhu, but make her restless as per their plan. She wants Kuhu to take any wrong step and hurt her family. Abir stays busy and tells Mishti that he will talk to her in the evening. Mishti wants to talk about Kuhu and Kunal. Mishti thinks of Abir. Abir is happy to make her wait so that she gets insecure. Abir and Nanu have a talk. Abir tells Nanu that he is working on his plan to grow Mishti insecure so that she realizes her feelings.

Kunal learns that Abir loves Mishti when he hears their talk. He gets upset with Abir. Kuhu packs her bags and wants to run away from the house. She wants to go to Kunal. Mishti stops Kuhu and locks her up. Kuhu feels no one is going to help her in winning her love. Mishti reaches Abir’s house to spy on him and see the secret painting. She comes across her painting. A big shock strikes her. She realizes that Abir loves her. She gets happy and thinks since when does Abir love her. Nanu asks Abir not to delay more and admit love to Mishti. He feels Abir should confess his feelings soon. Mishti gets dreaming of Abir happily.

Abir tells Nanu that he wants to see Mishti’s love in her eyes. He doesn’t want to proceed in her love story until he sorts Kunal’s life. He wants Kunal to win his love. He goes to sleep and feels someone’s presence in the room. Mishti sees him happily and runs away. Abir sees someone running and follows. He misses to see Mishti. Meenakshi asks Abir what is he doing outside. Mishti recalls Abir’s words and gets happy. She messages Abir that she will not call him since she doesn’t want to trouble him. She teases Abir.

Abir meets Mishti and teases her about the painting girl. He wants to make her feel jealous. Mishti doesn’t want to talk of Abir and her future. Meenakshi confronts Kunal if he has fallen in love with Kuhu. She wants a honest answer from him. Kunal gets in a dilemma since its happening pretty soon.