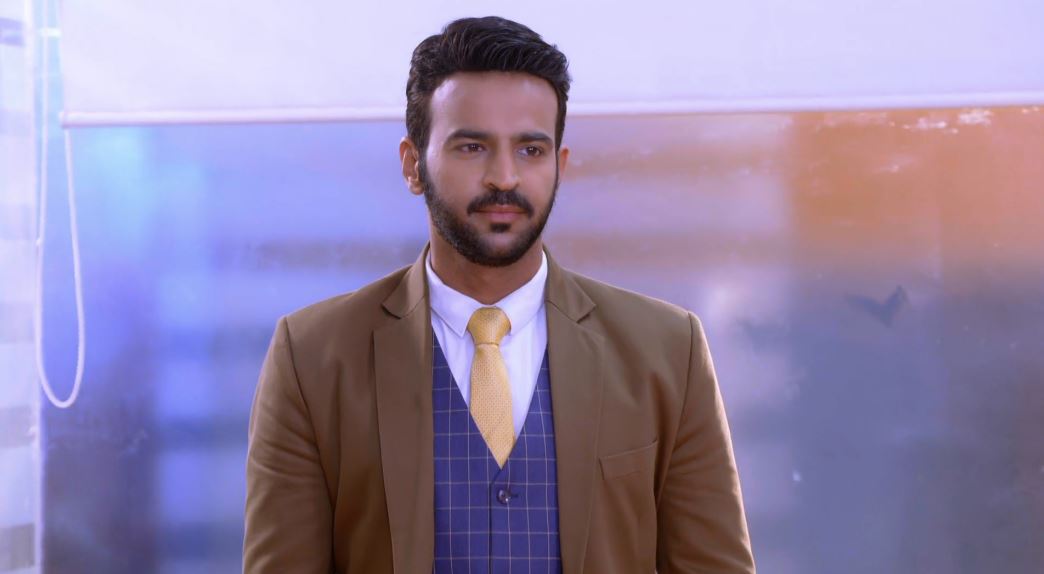 Yeh Hai Mohabbatein Arijit enters to ruin Bhallas business 4th July 2019 Ishita gets informed about the crisis at the office. She doesn’t want the investors to back out from Raman’s dream project. She doesn’t accept that Raman has left them. She denies that Raman couldn’t reach for the meeting and lost the big project. The investors demand their money back, troubling the Bhallas in the sorrowful moment. Ishita and her children head to the Bhalla office to talk to the investors.

Mani and Karan take the responsibility of their investments. Ishita thanks them for taking the big responsibility. Ruhi and Yug find the staff upset for Raman’s loss. They ask the employees not to worry for their jobs, the company will run the same way as Raman wanted. The staff is sure that Ruhi will take good care of them. Karan wants his share from his family business so that he can invest in Bhalla company and save it from sinking. Sudha refuses to help Bhallas.

Karan gets worried. Ruhi finds Karan worried. She overhears Karan’s conversation. She takes the phone call and gives her word to Sudha that Bhallas will not take any help from Karan. She doesn’t want Karan to ask for his share at the time when Sudha lost Rohan and suffering herself.

She asks Sudha not to worry, she will explain Karan. Karan tells Ruhi that this is the time that Bhallas need his help. Ruhi asks him not to give stress to Sudha further. She doesn’t want him to lose Sudha. She asks him to understand Sudha’s decision, Sudha isn’t wrong this time. Karan agrees with her but feels sorry for Bhallas. Raman’s enemy comes into picture. Arijit is behind Raman’s death conspiracy. He is happy to ruin Raman. He wants to ruin Ishita next. He reaches Bhalla office with a big plan. He thinks to take over the company. Ishita misses Raman and waits for him. She gets dizzy. Shagun and Mani get worried for Ishita’s health.

Shagun wants to take her to the counsellor. The family is worried as they aren’t able to cry and mourn for Raman’s death because of Ishita. They want Ishita to accept Raman’s death. Shagun meets Arijit, who assures her that he can help Ishita. She takes him to the board meeting.

Ishita fails to convince the investors. Arijit meets Ishita, Mani and others. The investors find hard to have faith in the company without Raman. Arijit asks them to have faith since the project will be successful. He tells Ishita and Mani that he will help them.

Karan suspects Arijit, who poses as Raman’s friend. Karan tells them that Arijit maybe a wrong person, they shouldn’t involve him in their business. Ishita thinks to hand over Raman’s dream project to Arijit, even when Karan strongly opposes. Karan tells the investors that he will become a guarantor some how by taking to Sudha. The investors talk to Sudha and learn that Karan is giving them a false assurance. Karan tells Ishita that he would like to handle the project. Arijit makes his fake documents ready to trick Ishita and Mani, who try to find about his background and business circle. Karan alerts Ishita about Arijit.