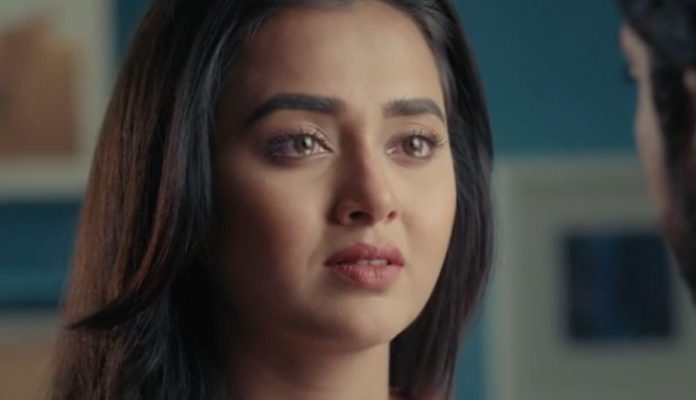 Silsila Mishti’s shocking plan against Ruhaan 5th July 2019 Mishti makes a plan to make Ruhaan away from her, so that he feels cheated and hates her. She wants Ruhaan to marry Pari. Mishti meets Veer at his office. Veer is aware of the love triangle bothering Mishti. He asks her to share her problem, since he has changed and turned positive again. Mishti has forgiven his parents for kidnapping her. He really wants to help her. Mishti tells her plans to Veer and invites him home in the evening so that Ruhaan gets disturbed. She tells him that he has to meet her at her home every day, so that her plan works. She tells him that he had promised to help her. She reminds his promise.

She asks the courier guy to deliver the post only to Ruhaan. She wants Ruhaan to fight with her, so that she gets a reason to break up with him. She also aims Ruhaan doubts on Veer and her, that would weaken their relationship. Mishti tells Veer that she hs thought well about sacrificing her love for Veer. She isn’t selfish to put Pari in a similar situation like Mauli. She wishes to step back and secure Pari’s future as per her promise to Radhika. Mishti ells Veer that she is leaving for some important work. Sukamini tells Radhika that she met Ruhaan at the hotel. Radhika catches Ruhaan’s lie and thinks why did he lie to her.

Sukamini tells her that Ruhaan is a nice guy, and maybe its a misunderstanding. Ruhaan gets the legal notice delivered, and realizes that Mishti has withdrawn the case knowing Veer’s parents were involved in the kidnapping. He thinks why did Mishti hide this from him. He wonders if Ruhaan has threatened her. He calls Mishti. She purposely doesn’t answer the call. She asks Veer to be ready when Ruhaan comes to meet him. He asks Ruhaan not to tell her plans to Veer. Mishti avoids Ruhaan’s calls.

Ruhaan meets Veer and slaps him for kidnapping Mishti. Veer angrily plays the drama and accepts that his parents made the mistake. He tells Ruhaan that he didn’t know about this, and apologized to Mishti, who has forgiven his parents by her self will. He asks Ruhaan to ask Mishti if he wants to confirm the truth. Mishti finds Pari and Arnav busy in the event management. She takes Pari’s signatures on the company ownership papers. She wants to give away all the shares to Pari. She doesn’t want any rights on the business. Ruhaan calls Mishti to fix a meet. Mishti lies to him that she is busy in a meeting. Ruhaan is angered by her changed behavior and wonders why is she doing this with him.