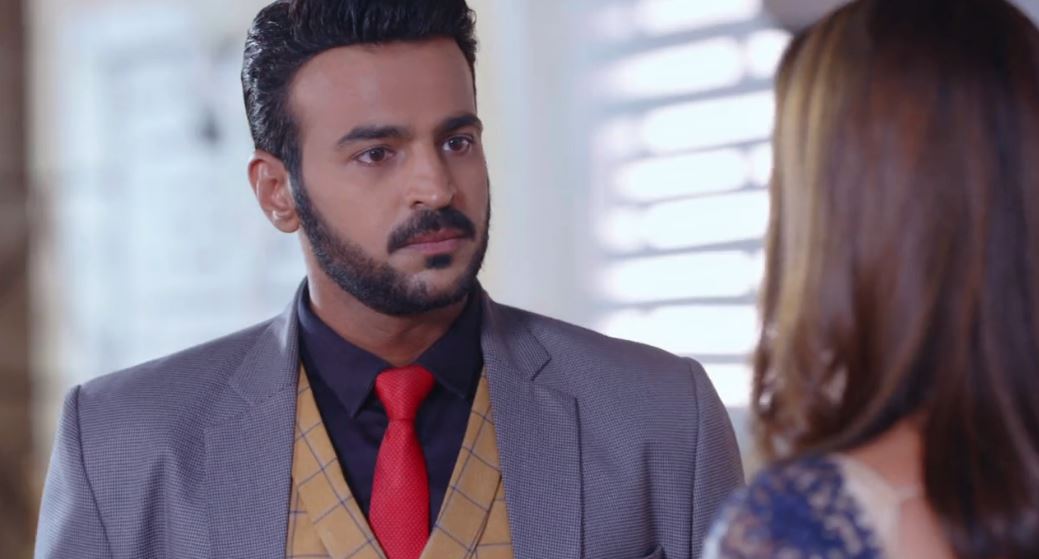 Yeh Hai Mohabbatein Vicious intentions of Arijit coming up 9th July 2019 Aaliya and Ruhi try to calm down the rising arguments between Yug and Karan. Ruhi asks Karan to forgive Yug, since the latter has no knowledge about her terms with Sudha. She asks Karan to forget whatever Yug told to him about Sudha and just focus on the new project. Aaliya also explains Yug that hurting Karan’s heart would mean like hurting Ruhi, which isn’t good in the family. She wants the family to stay in peace. She tells Yug that he should apologize to Karan. Yug understands Aaliya and agrees to her. They together go to talk to Karan. They hear Karan venting anger on Yug and calling him an orphan, who doesn’t know the worth of a family. Yug gets angry on Karan for taunting such a thing.

He tells Karan that he was an orphan before, but he got much love from Bhallas. He gives importance to Bhallas in his life, since they are the ones who taught him the meaning of family. He tells Karan that Raman and Ishita are really like his parents, he cherishes their bond like nothing else. He asks Karan not to tag him an orphan again, since he has his parents with him now. He warns Karan in anger. Meanwhile, Ishita wears Raman’s favorite color. She wishes Raman would see her. She prepares for the big meeting and hopes it gets successful. Raman’s lawyer arrives home to read his will. This shocks Ishita.

She tells him that Raman isn’t dead, its not the time to real the will. Mani tells Ishita that Raman’s dad has called the lawyer. Ishita gets disturbed seeing the family again claiming Raman’s death. The family calms her down and sends the lawyer out. Mani covers up for Shagun’s mistake. Shagun accepts that she had called the lawyer, so that Ishita accepts Raman’s loss. She wants Ishita to come to terms with the reality, since running away from truth won’t help anyone. Shagun tells him that she is also Ishita’s well-wisher and doing everything for her betterment. Mani asks her how can she be so insensitive and neglect Ishita’s pain.

Shagun gets angry on him. She asks him why did he become so sensitive regarding this matter. They have a heated argument. Mani tells her that he knows Ishita since he was a kid, she is his childhood friend and means a lot to him. He decides to support Ishita. He tells Shagun that Ishita is gathering her courage with a hope that Raman is alive, if they force the truth on her mind, she may shatter completely. He asks Shagun not to come between them. Arijit thinks its a good chance to instigate Shagun against Ishita.

He watches Shagun’s upset face and goes to offer her some help. He tells her that he can see her sorrow. She shares that she wanted Mani to understand her, since her intentions aren’t wrong. Arijit likes her thinking. He praises her. Shagun tells him that she is married to Mani and she is very happy with him. Arijit meets Bhallas. Karan doesn’t like him and tells Ruhi that they have to make sure that Arijit is genuine. He shares his doubts with Ruhi. She doesn’t think Arijit may harm them. Karan tells Ruhi that Arijit’s intentions may not be right.

Yug taunts Karan for being a crime planner himself. He tells that Karan isn’t able to trust others since he is a cheater himself. Karan and Yug’s clashes continue. Karan asks Yug to mind his own life. Ruhi worries seeing the things getting worse. Mani thinks to settle Shagun’s insecurities. He plans an outing to surprise Shagun. Arijit makes Mani busy in work, which angers Shagun. Arijit creates situations such that Shagun suspects Ishita and Mani’s pure friendship.

Reviewed Rating for this particular episode: 3/5 AVERAGE TWISTS
This rating is solely based on the opinion of the writer. You may post your take on the show in the comment section below.