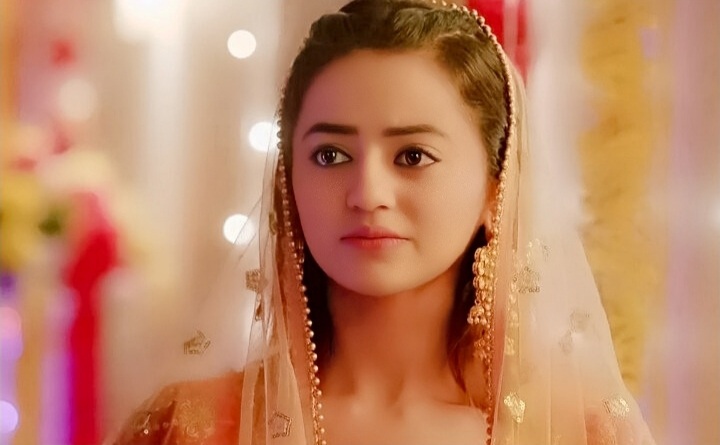 Star Bharat Spoilers Sufiyana Nimki Mukhiya Pyaar Ke Papad Shivika visits the Mata Ki Chowki. She faces the taunts after she helps the family in the arrangements. Shivika and Omkar get insulted that they got married without informing the relatives. GST’s mum defends the couple and asks the people not to object on the couple’s decision to have a love marriage. She tells them that Shivika and Omkar would rather save money for their future than wasting on marriage functions. The ladies ask Shivika about the good news. Suhana is in love with Omkar. She challenges Shivika to save her marriage if she can. Shivika prays that Suhana doesn’t become her Sautan.

Sufiyana Pyaar Mera: Soon after Saltanat learns the truth that Kainat is her own sister, she forgives Kainat for the crime. She thinks to tell Zaroon the truth so that Kainat doesn’t manipulate their lives further. Saltanat tells Zaroon about Kainat’s extreme step to put her life in danger. Zaroon gets angry on Kainat when she apologizes to him. He feels Kainat is evil and taken such a wrong step. He tells Kainat that her love can’t be true if her mind is so evil. Saltanat exposes Kainat’s lies to Zaroon. He declares his marriage with Saltanat. They have cute moments. Saltanat asks Zaroon not to meet her until their marriage.

Nimki Mukhiya: Anaro gets angry on Babbu and Nimki for hurting Tetar. Babbu tells Anaro that he will leave his family if time comes. He wants to support Nimki always. Anaro gets worried with his statement. Rituraj tells Nimki that he has much power is his hands, he can do anything. He threatens to kill her child. She asks him to kill the child in her womb. She gives him a knife and tells him that she is waiting for someone to kill her child. She asks him to push her down the stairs so that she can get rid of Babbu’s child. Ritutaj gets shocked by her outright behavior. Babbu and Nimki fill the election forms to contest. Babbu wants to fight Tetar in the elections. Nimki supports Babbu Singh.