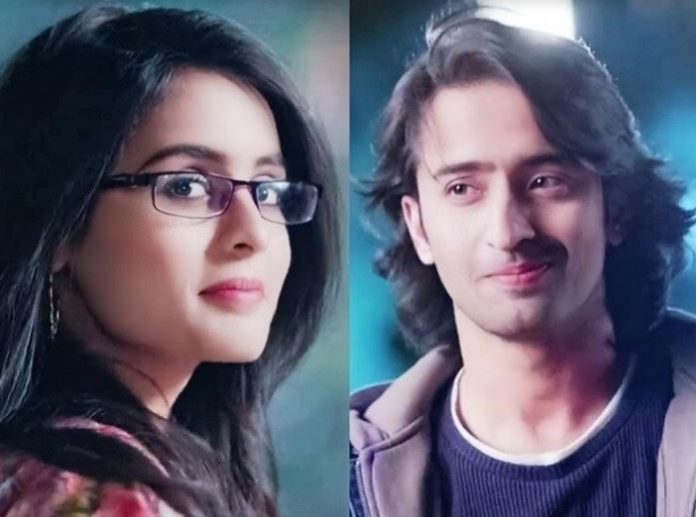 Abir Mishti Rishtey Pyaar Ke Meenakshi misleads Mishti and tells the family that Maheshwaris should have come by now. Abir waits for Mishti to know her feelings. Mrs. Parekh arrives to insult Meenakshi. She tells Meenakshi that Maheshwaris are at the club, enjoying themselves, and they won’t be coming today in the party thrown by Rajvanshs. She taunts Meenakshi that her husband left her, so no relation would be in her hold now. Meenakshi asks Mrs. Parekh not to worry for her sons’ future. Mrs. Parekh tells her that even the girls will leave her sons. Meenakshi feels Mishti is taking revenge on them by not coming despite the invite. Abir feels bad and asks Meenakshi to let him talk to Mishti. Meenakshi stops him from talking and takes the phone.

Meenakshi asks Mishti why did she insult them by not coming in the party. Mishti tells her that the party invite was for the next day. Meenakshi blames her for confusing the dates and missing the party. Mishti tells the family that she didn’t make any mistake, its Meenakshi’s mistake. The family doesn’t believe her. Kuhu blames Mishti for her troubles again. She calls Kunal. He doesn’t talk to her. She worries that Mishti is spoiling her relation. Abir finds Kunal and Meenakshi upset. He tells them that he will get Maheshwaris in some time and the party will be on. He asks Meenakshi not to call off the celebrations.

Jasmeet asks Mishti not to come in the party after all the mess. Kuhu too feels Mishti will ruin the party. Mishti has no interest in going in the party. Abir meets Maheshwaris and asks them to get ready quickly, since he will take them home in a flash. Abir convinces Mishti to come as well. Abir takes Maheshwaris home. The youngsters party, sing and dance. Abir corners Mishti to know if she really had a misunderstanding. He believes Mishti. Mishti has no answer since she can’t blame his mum. She tells him that she can’t call his mum wrong, its better he doesn’t ask anything. Kunal gets angry on her rude reply. Meenakshi fixes the date of Kunal and Kuhu’s marriage. Kuhu compels Mishti to apologize to Meenakshi. Vishwamber stops Mishti for bending low and accepting the mistake when she isn’t at fault.