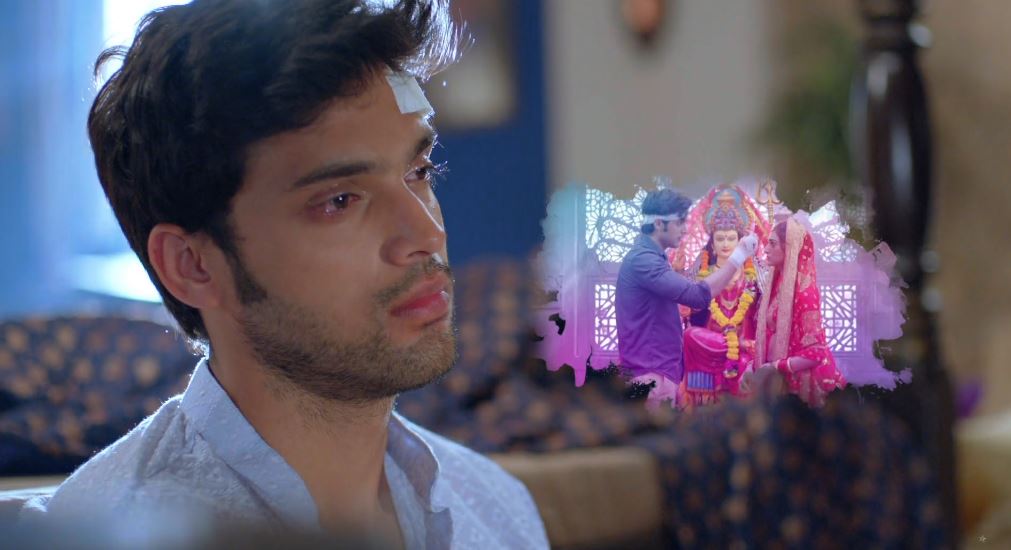 Watch Kasautii Anurag heartbroken Anurag is shattered with Prerna’s deceive. Moloy can’t see Anurag so broken down. He consoles Anurag. He didn’t expect this from Prerna too. Moloy and Rajesh’s dreams to unite Anurag and Prerna shatter. Mohini and Nivedita tell the truth to Veena that Prerna has really married Mr. Bajaj. They ask Veena to call Shivani and ask her the truth. Shivani gets speechless. She then accepts that Prerna has really married Mr. Bajaj. Mohini questions Veena on her big boasting of pride and esteem. She asks Veena is Prerna still her pride. Veena shatters and begs Mohini for forgiveness. She couldn’t believe that Prerna can ruin Anurag’s love and sell her love to Mr. Bajaj for money.

Mohini asks Veena did she sell Prerna to Mr. Bajaj to satisfy her greed. She doesn’t believe Veena. She thinks Prerna and her entire family are involved in this cheat. She tells Veena that she will never forgive Prerna, she will see Prerna when she returns home. She feels Anurag’s pain of a broken heart. She curses Prerna to face the same pain as she has hurt Anurag so much. She gets revengeful on Prerna. Veena accepts all the humiliation from Basus, since Prerna has stained her name. Mohini leaves from Veena’s place.

Veena slaps Shivani and reprimands her for hiding such a big truth for long. She feels both her daughters have got disgrace for her. She curses Prerna to never get happiness in her life. She feels Prerna should have informed them if she has changed her decision, so that they could have shown her the right path. Veena values Anurag’s true love for Prerna. She feels Prerna has been so unfortunate to lose Anurag’s love. Mohini asks Nivedita to head the new project in Switzerland instead Anurag. She doesn’t want her family to break. She promises Moloy that she will give strength to Anurag.

She asks Nivedita to manage the business sine Anurag is not in a state to work. She wants Nivedita to confront Prerna as well. Veena goes to get an answer from Prerna at Mr. Bajaj’s house. Mr. Bajaj and Prerna are away from the house. They fly to Switzerland. Veena learns they have gone away and curses Prerna. She wants to know why did Prerna marry Mr. Bajaj and punish Anurag. Veena gets no answers and punishes herself in anger. Anurag also reaches Switzerland with Nivedita. Anurag and Nivedita meet Prerna. Anurag gets emotional, while Nivedita insults Prerna for her decision to marry Mr. Bajaj.