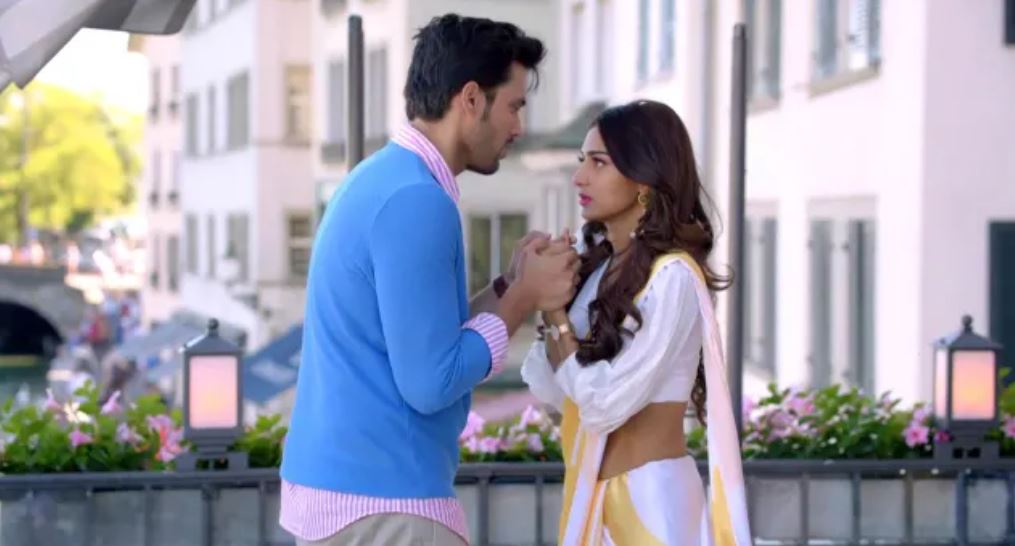 Kasautii AnuPre Shocking Row of roaring sorrow Prerna reprimands Mr. Bajaj for his cheap desires. She tells him that she just loves Anurag and she can never love anyone else. She tells him that she is already pregnant with Anurag’s child. Mr. Bajaj clears his intentions. He tells her that the hotel had decorated the suite, he didn’t mean to hurt her sentiments. He accepts that she loves Prerna. He likes Prerna’s loyalty. She asks him why did he marry her, just to use her for breaking Anurag emotionally and mentally. She asks him how could he use her for ruining Anurag’s business. She calls him a weak person to win in the business by such deals.

She tells him that he wants to target Anurag and that’s why he has snatched Anurag’s love. He tells her that he didn’t wish to break Anurag by using a woman. He tells her that this isn’t his style to do his business. He tells that she will need more time to know his aims. Anurag angrily burns Prerna’s decorated room. He inhales the smoke and faints there. Mohini learns from the cops that Anurag is found, he had booked his tickets for Switzerland by his credit card. Mohini can’t believe that he has gone to Switzerland. Mohini quickly informs this to Nivedita. She asks Nivedita to take care of Anurag, who has gone after Prerna.

Nivedita doesn’t want her brother to break down seeing Prerna and Mr. Bajaj’s romance. Mr. Bajaj learns that there is a fire lit in his room. Mr. Bajaj and Prerna check their room. Prerna wants to save Anurag’s memories. They receive a big shock on finding Anurag lying inside the fire. Prerna rushes to save him. They shift Anurag to another room. Prerna gets worried for him. Mr. Bajaj asks her to come with him. She refuses to leave Anurag along.

Prerna gets Anurag to consciousness. He gets angry on her deceive. He questions her for the unexpected cheat. She doesn’t answer him. He asks her the reason for her marriage decision. She tells him that she loves Mr. Bajaj. He can’t believe her. He insults her for being a gold digger. He finds ways to break Prerna and Mr. Bajaj’s happy world.

Shoot in your comments to express your likes and dislikes.