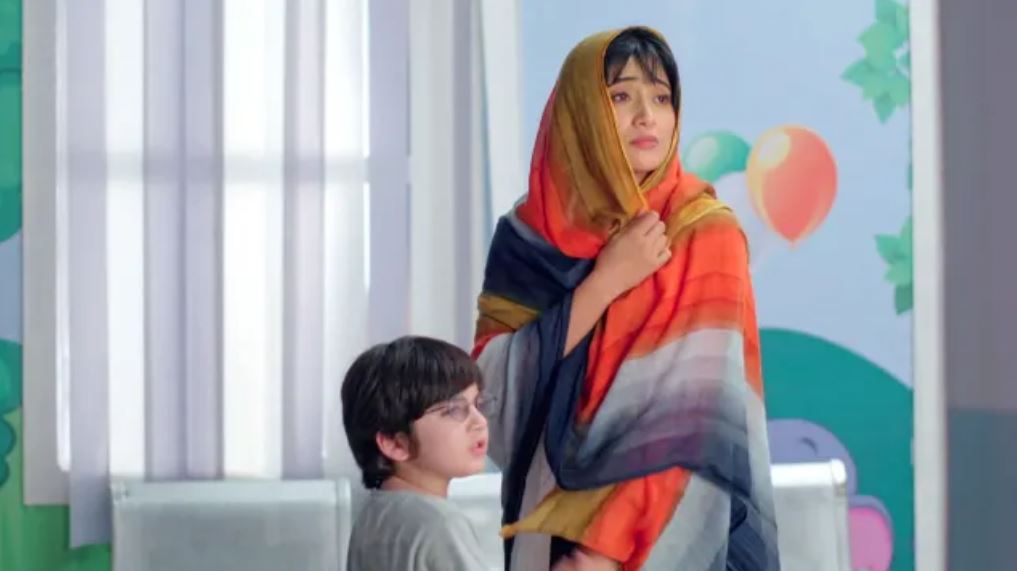 Yeh Rishta Surprise Kairav enters Goenka family Naira tries to get Dr. Pallavi’s appointment. She enjoys her time with Kairav. She hopes that everything is fine. Kartik finds a lady in the footage. He thinks who is the lady accessing his email. He doesn’t see Naira’s face. He wants to know about the lady’s identity. He tries hard to gain information, but doesn’t learn anything. He gets restless to find out about her. The manager tells him that he can’t help him further in this matter. Manager asks Kartik if he had visited here before and accessed his id. Kartik is worried and thinks how can anyone know his password. Vedika tells Dadi that she is going to meet her friend and invite her in the engagement. Dadi is happy to see Vedika happy.

Suwarna is worried for Vedika’s hope getting bigger day by day. Bhabhimaa gets gifts for Vedika. She becomes Vedika’s Maayka. Gayu gets rude towards Vedika. She is upset that the family doesn’t value her. Vedika doesn’t have much friends. Naira and Kairav have fun moments. Naira gets the appointment finally. She doesn’t know that the doctor is Vedika’s friend. Vedika talks to her friend, who asks her to get her fiance along with her. Vedika asks Kartik to accompany her to the hospital. Vedika tells him that Pallavi is her childhood friend. She is excited to meet her after a long time. Vedika knows Kartik has come unwillingly on Dadi’s saying.

He tells her that he is okay with it. Vedika and Kartik meet Pallavi at the hospital and invite her for the engagement. Pallavi is glad to meet Kartik. Pallavi and Vedika cherish their childhood memories. Kartik gets bored up and goes out. Kairav gets his check up done. He happens to spot Kartik there and shouts to stop him. Kairav runs to Kartik and gets blocked by the glass structure. Kartik doesn’t hear him. Naira gets to see Kartik. Vedika slips down. Kartik holds her and they happen to get close. Naira gets upset on seeing them. She gets emotional.

She thinks Kartik is going to marry Vedika. She doesn’t know how to react. She hides from Kartik. Kairav wants to meet his dad. He asks Naira to take him to Kartik and make them meet well. He tells her that his dad has come just to meet him. Naira cries seeing his high hopes. Kairav gets stubborn that he has to spend time with Kartik. He doesn’t want to get away from coming so close to him in Udaipur. He asks Naira if Kartik doesn’t know that they are in Udaipur. He wants to know why didn’t Kartik come to meet them on his own. Naira tells him that Kartik isn’t brave to see his son getting an injection. She makes stories of Kartik. She tells him that Kartik worries in fear on seeing the injection.

Kairav laughs and tells her that he will not call Kartik to doctor’s cabin. He can’t see his dad in fear. They go and meet Pallavi. Naira wants to know if everything is fine with Kairav. She gets to see Vedika and Kartik’s wedding invite. She turns shocked and upset. Kartik feels he has left something important back in the hospital. He leaves for home, unaware that Kairav is close. Vansh and Kairav meet at the mall and become friends. Kairav gets to see Kartik’s picture and tells him that Kartik is his dad. Vansh asks Kairav to prove to him that Kartik is his dad.