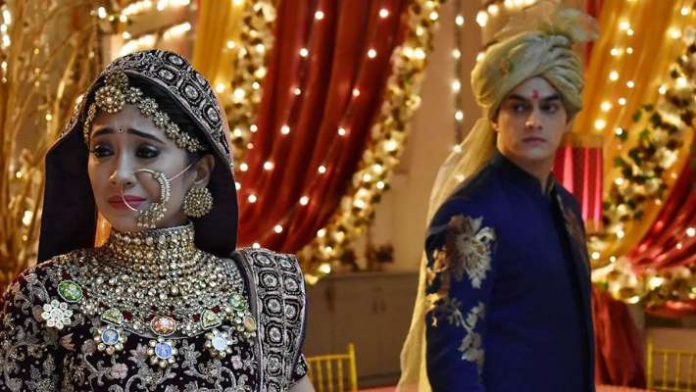 Yeh Rishta Special moment for Kaira Milan finally Naira falls in a tricky situation. She can’t help, but just hide from Kartik. She can’t explain Kartik why she left from his life by choosing her self-esteem. She gets worried when Kairav goes to Kartik. Kairav gets to spend time with Kartik in the Goenka house. Kartik can’t believe that Kairav has really come to Udaipur as he promised before. Kairav hugs him and calls him dad. Vansh asks Kartik is Kairav his son. Kartik can’t deny this in front of Kairav. He accepts that Kairav is his son. He asks Kairav how did he come alone. Kairav tells him that he has come to Udaipur with his mum, he met Vansh at the mall and came to meet him knowing he is Vansh’s brother. He wants Kartik to stop him at the house and not send him with Naira’s friend.

Naira recalls the past moments when she had given birth to Kairav and promised to secure him always. She feels Kairav is safe with Kartik, but her truth won’t be hidden for long. She worries that Kartik will hate her even more on knowing that she was alive and kept their child away from him. Kairav tells Kartik that Naira isn’t aware that he had come to him with Vansh. Kartik asks him how can he be careless and not inform his mum. He thinks Kairav’s mum will be much worried. Naira asks her friend to get Vansh. Kartik feels confused.

Kairav tells Kartik that he doesn’t want to go away. Kartik asks him to stay back until his mum comes herself and talks to them. Kartik introduces Kairav to Vedika and entire family. Everyone likes Kairav’s cute talks. Vedika is ready to do anything for Kartik. She tells Kartik that Kairav can stay with them. She feels Kairav is the special guest in their engagement. Kartik doesn’t know how will he get engaged to Vedika in front of Kairav. He thinks to delay his engagement. Naira goes to the temple to pray. She waits for Kairav at the temple. Naira’s friend informs Kartik about taking Kairav to the temple. Kartik and Naira will be having a big meet at the temple.