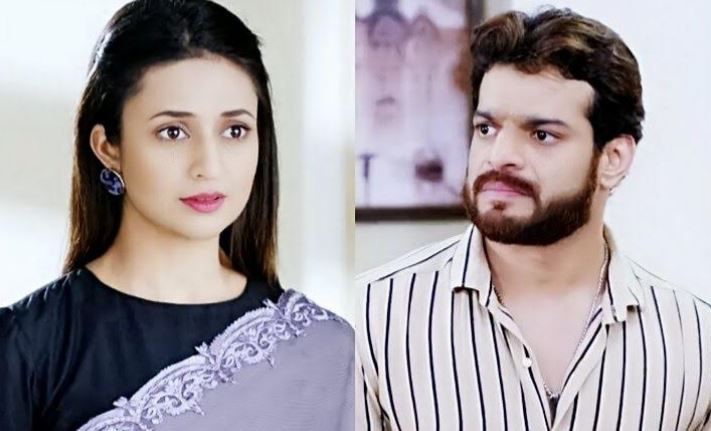 Yeh Hai Mohabbatein Today Rescue plan by Bhallas Simmi and Mihika try to handle the situation at home. They don’t want the elders to get stressed. Everyone is worried for Ishita’s welfare. Mihika lies that Ishita is fine and she is in touch with Karan. Simmi makes a shopping plan so that the elders stay happy. She asks them to just pray for Raman and Ishita. They are happy that Raman is alive and would return home soon. They ask them to be positive and hope for the best. Simmi calls Mani to know if Karan got some news about Ishita. Mani tells Simmi that Karan and Yug found some clue about Ishita, and they have gone to help her. Mihika asks him if Ishita is in any problem. He asks them to let Yug come back with a reply. Simmi feels their bad times aren’t ending.

She tells Mihika that after Sahil’s chapter ended, this new enemy is troubling them. She wonders who is their enemy and what are the motives. She wishes Ishita stays fine. She knows Ishita has taken the big risk just to save Raman. Arijit and his goons stop Yug and Karan outside, until the police comes. Arijit wants to shift Ishita soon. Police reaches the spot. On learning the matter, inspector agrees to help Karan. Karan tells them that Ishita is kidnapped by their enemy and they have come just to find her. They convince the police to check the warehouse once.

Arijit hides Ishita and is sure that none can find her. He feels he is safe. The family members and the police try to find Ishita. Arijit hides from the police. Arijit’s goons mislead the police and send them away. Ruhi doesn’t know where did Ishita go. Yug feels he is at fault to delay his plans of finding Ishita. Karan suspects the goons and asks the police to check the place once again. They don’t let the police leave the goons so easily. Yug doesn’t get convinced by the goons’ lies. He thinks Ishita is still there. He doesn’t know how did Ishita disappear. He looks for Ishita once again and gets a clue there.

He realizes that Ishita is still there. Arijit thanks the goons for assisting him. Arijit makes sure that Ishita doesn’t get tracked by her family. He knows Bhallas are very smart and will try their best to follow the goons. Arijit wants to take Ishita to a safer place. Yug tells Karan and Ruhi that he has found a clue of Ishita’s presence at the warehouse. He feels the kidnapper is tricking them. Karan makes a wise plan to trap the kidnappers so that they find Ishita. Yug and Aaliya tell Mani that they learnt about Ishita, but couldn’t rescue her.