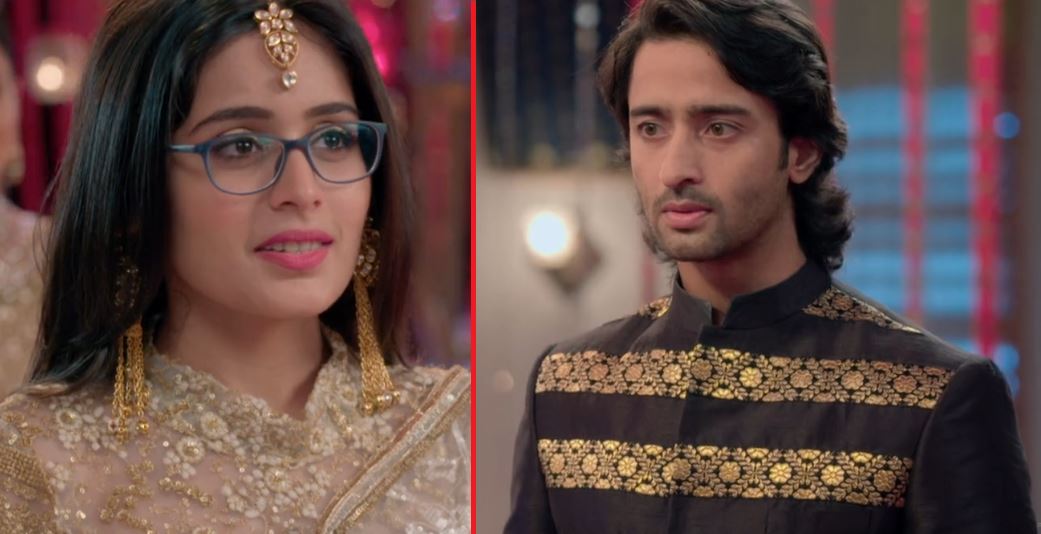 Yeh Rishtey Hai Pyaar Highlights and Spoilers Bytes Meenakshi threatens Mishti to back off and forget Abir, else she will stop Kuhu and Kunal’s marriage. She asks Mishti to just decide if she wants her love or Kuhu’s happiness. Mishti gets a huge shock and feels Meenakshi is an insensitive mother who isn’t thinking of Kunal’s happiness. She tells Meenakshi that Kunal loves Kuhu and is happy with her, Kunal and Kuhu shouldn’t get separated. Meenakshi isn’t ready to accept Mishti. She starts hating Mishti when the latter acts stubborn. She warns Mishti against confessing love to Abir. She asks Mishti to choose between Abir or her family. Mishti gets panicking by Meenakshi’s ultimatum.

Meenakshi tells Mishti that she will punish her and ruin Kuhu’s life as well. Mishti cries that Meenakshi isn’t listening to her. After insulting Mishti more, Meenakshi goes away to her family. Mishti doesn’t want to get blamed by Kuhu again. Abir texts Mishti that he is coming to her. Mishti doesn’t want to face her. Abir stops Mishti to seek an answer. She hides her love confession. She doesn’t want Abir to guess her feelings. Mishti makes excuses to get away. Mishti is scared of Meenakshi. Abir wants to know why is Mishti avoiding her. Mishti tells Abir that she just wanted to thank him for setting Kuhu’s life.

The pandit asks for Kuhu’s kundli. Varsha worries that Kuhu isn’t her daughter. She doesn’t want Meenakshi to know about Kuhu’s real mum. She wants to make a fake kundli. Rajshri doesn’t want to cheat anyone. She stops Varsha from making such mistake. Meenakshi tells Kunal that she has warned Mishti and now she will become their puppet. Kunal also wants to threaten Mishti. Meenakshi asks him not to fail their plans by any wrong move.

Mishti goes to the family and expresses her love for Abir. She tells the family that Abir has worked hard instead Kunal during the marital courtship. She confesses her love for Abir. When Abir too confesses love to Mishti, they get too happy. Mishti and Abir want to get married. The family get a big shock. Abir tells Meenakshi that he wants to marry Mishti, and he doesn’t care for anyone’s opinion. Keep reading for more Yeh Rishtey Hai Pyaar Highlights.

Upcoming Spoiler Bytes for the show:

Mishti and Abir confess love to each other right in front of their love story’s villains Meenakshi and Kunal. Mishti tells Abir that she had recalled his words, which gave her strength to confess love, since he would also want to declare his love in front of everyone. Meenakshi tells Abir that she isn’t ready for this alliance. Kunal also remarks that Abir is making a big mistake. Abir and Mishti don’t accept their love. Meenakshi tells Maheshwaris that if Abir marries Mishti, then Kunal won’t marry Kuhu. She keeps the condition and declares that Kunal and Kuhu’s marriage is called off. She asks Kunal to tell Kuhu that he is breaking up with her. Kuhu begs Kunal and asks him not to do this with her.

Kunal obeys his mum as he was never willing to marry Kuhu. When Meenakshi and Kunal’s plan to keep Mishti away fails, they get rid of Kuhu in time. Meenakshi tells Vishwamber that Mishti is responsible for Kuhu’s sorrow. She tells them that Mishti is too selfish and is just thinking of herself. She instigates Kuhu against Mishti. Vishwamber gets a shocker and faints by the heart attack. The family worries for Vishwamber. Mishti fears to lose Vishwamber, whom she loves a lot. Mishti’s dream soon breaks. Mishti realizes that she has to sacrifice her love for Abir if she wants Maheshwaris’ happiness intact.