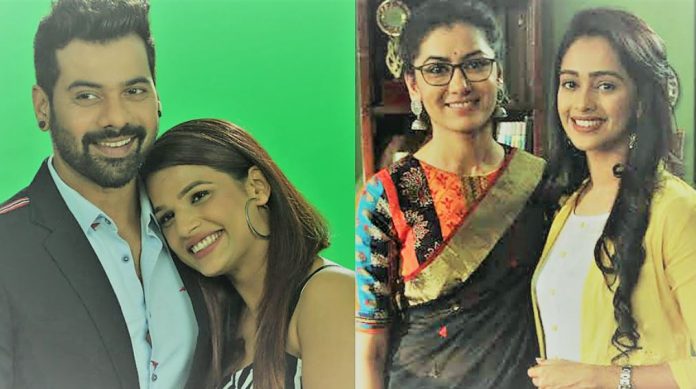 Zee5 Short Quick Snips of Prime shows Tujhse Hai Raabta Ketki tells Malhar about Atul’s involvement with the terrorist. Atul keeps something in the cupboard and locks it. Malhar sees him and opens the cupboard after he leaves. He finds a map of the terror attack. Kalyani makes arrangements of Aparna and Vaman’s marriage. He thinks Atul is involved with terrorists and thinks what will Kalyani feel when she comes that her baba is involved with terrorist. He thinks she will feel bad. Meanwhile, Kalyani makes Aparna and Vaman sit for their marriage. Sarthak solemnize their marriage.

Kumkum Bhagya: Before Abhi could reach Pragya in the restaurant, few fans catch up with him and ask him to share something about love. Abhi says love is what something wanted to be. He says it is a feeling for me, which exists but can’t be seen. He says we can’t express about it, but can feel it surely. He says today I want to ask you all some questions and asks them to raise their hand if they want to be. Pragya raises her hand to answer him. She has seen and heard him. Now it is Abhi’s turn to see her.

Raja Beta: Vedant takes Purva to the hospital and tells her that he wants to do her test. Purva asks him to tell her if there is no matter of tension. Vedant says everything is fine. After anesthesia is given to her by the other doctor, doctor wears gloves to operate on her and says sorry. He is about to take the wrong decision due to Pankhudi’s conspiracy.