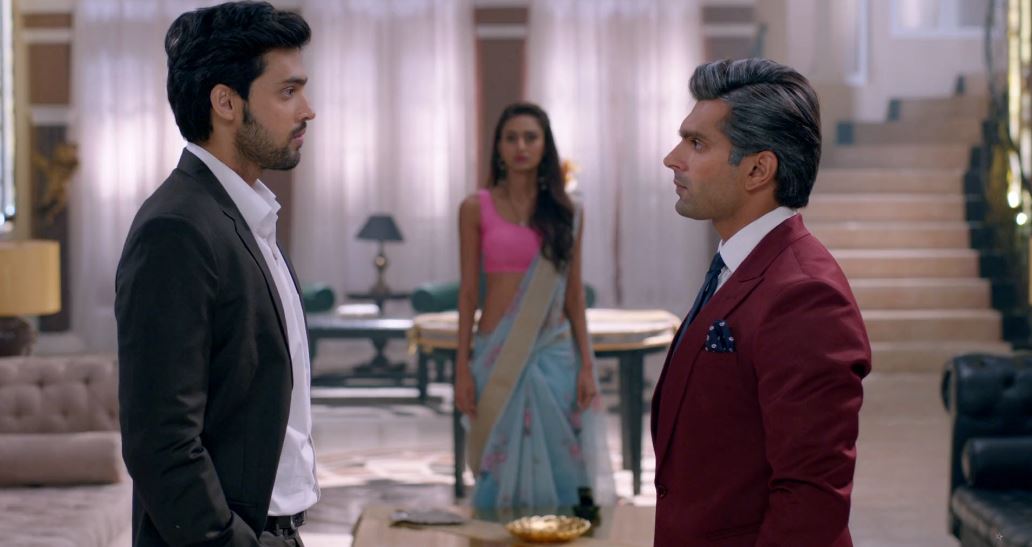 Kasautii Zindagii Kay Anurag Bajaj house grabbing twist Anurag doesn’t answer Prerna’s call and tells Anupam that she will come to his office to meet him, when he ignores her. Prerna calls him repeatedly and then calls Nivedita. Nivedita vents anger on her for cheating Anurag for money. She tells Prerna that Anurag has shared the reason of marriage with them, that Prerna has married Mr. Bajaj for his richness. She condemns Prerna’s decision. She tells Prerna that she is very happy to see Anurag ruining Mr. Bajaj in his business. She asks Prerna to support Mr. Bajaj if possible. Mohini learns about Anurag’s big move to ruin Prerna and Mr. Bajaj’s happy life. She gets delighted. Prerna gets busy in taking care of Sneha.

She helps Sneha. She worries that Sneha will have to vacate the house. She doesn’t want Sneha to suffer because of Mr. Bajaj and Anurag’s clash. Mohini gets sweets for Sharma family. She informs Veena that Anurag is ruining Prerna and Mr. Bajaj completely by snatching everything from them. She tells Veena that Prerna’s motives to marry Mr. Bajaj for money will fail now, since they have turned homeless. Veena feels Prerna has done this for a reason and defends her. Mohini insults the family. Veena throws the sweets and asks Mohini to leave. Mohini returns home and tells Nivedita that she has got happiness after a long time. She hopes that Anurag doesn’t walk on a wrong path, that leads to Prerna again. She wants Nivedita to guide Anurag. She tells how she insulted Veena today.

Mohini wants her son to become strong minded. She gets peace on hugging Anurag. She expresses her happiness that he ruined Mr. Bajaj. He tells her that he is doing this to get Prerna back, which upsets Mohini. He gets sinking in sorrow and gets drunk. Anupam takes care of Anurag. He knows Anurag is heartbroken. On the other side, Prerna is worried for Mr. Bajaj’s family.

She wants to meet Anurag and stop him from his revenge move. She knows Mr. Bajah has done wrong. Mr. Bajaj worries that Sneha will be in troubles because of Anurag. Anurag sends his manager and police to vacate Mr. Bajaj’s house. Mr. Bajaj gets upset on reading the eviction letter. Prerna wants to stop Anurag. He rushes to meet Anurag at Basu house. She requests him to spare Mr. Bajaj’s house. Anurag keeps his terms to get her back. Mr. Bajaj plays his move to own Basu house, the properties which he got from Komolika. Mr. Bajaj gets his family to stay in Basu house. Anurag, Prerna and Mr. Bajaj will be sharing the same roof. Prerna will be torn between her duties towards her love and marriage. Keep reading for more on Kasautii Zindagii Kay Anurag Bajaj clash.