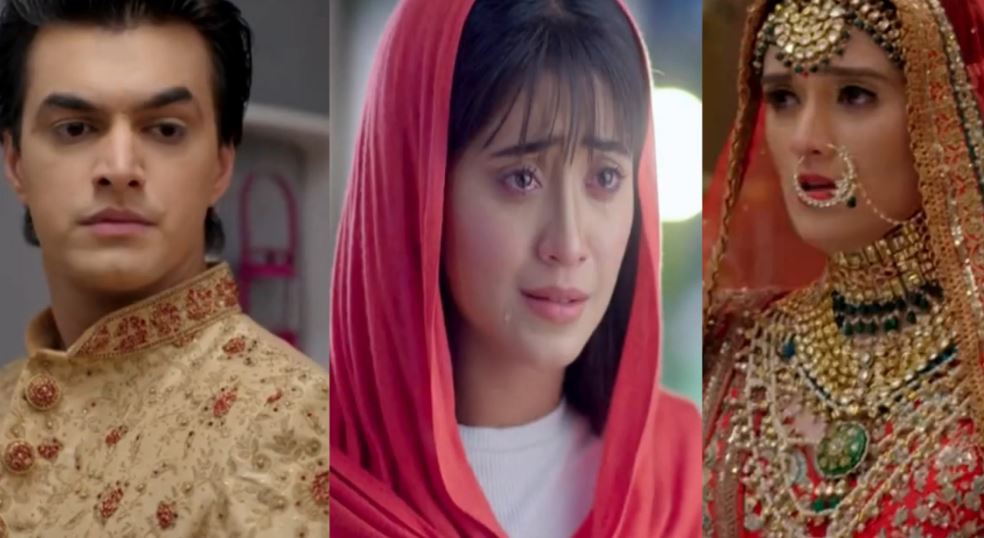 Star Plus Trending Teasers Yeh Rishta Kulfi Kumar Bajewala Sikandar and Amyra are taking Sikandar’s test to know if he loves them. Sikandar really loves them. He is hiding from them. He doesn’t want them to know that he is involved in the music play. He wants them to be together, work together and know each other so that they bond well. He wishes that both his daughters accept each other, that would make things easy for him. Sikandar has no way to escape. Sikandar doesn’t know what to do. The director applies vaseline to him and tries to show that he is a statue. Sikandar poses like a statue. Amyra and Kulfi try to check if he is there for real or fooling them again. They think he always lies and doesn’t love them.

Sikandar controls himself and doesn’t move at all. Amyra and Kulfi rush out and he gets released. They both have an argument. Amyra speaks bitter things. Kulfi gets angry hearing her taunts. Amyra tells her that Kulfi always competes with her. She isn’t happy seeing Kulfi. Sikandar wants them to sing together. He gets happy and cries emotionally when he watches them performing together. He is trying to unite them by keeping the plan a secret.

Kartik reaches the hospital to help Kairav. He wants to give strength to Kairav for his surgery. He wants to help Kairav’s family by arranging the surgeon on time. Naira fails to meet him at Goenka house, knowing he isn’t there. Naira rushes back to the hospital. She has to be with Kairav. She goes to buy medicines for Kairav. She happens to miss the medicine bottles. She finds one bottle missing and enters the medical storeroom to get it. She gets locked inside by mistake. She finds it hard to breath because of the liquid nitrogen leakage. The hospital staff doesn’t help her. Naira’s friend learns that Naira is stuck inside.

She asks Kartik to help Kairav’s mom. She begs him to save her friend. She gets a promise from Kartik that he won’t come out without getting her friend. Kartik promises to secure Kairav’s mom. When he manages to take medical staff’s help and gets in, he finds Kairav’s mom unconscious. He reaches Naira soon and finds her alive, much to his shock. Kartik and Naira have an emotional confrontation in the nitrogen breakout. Kartik rushes her for the medical treatment. He waits for her to get stable so that he can get all his answers. Kartik accepts Naira and Kairav back in his life.