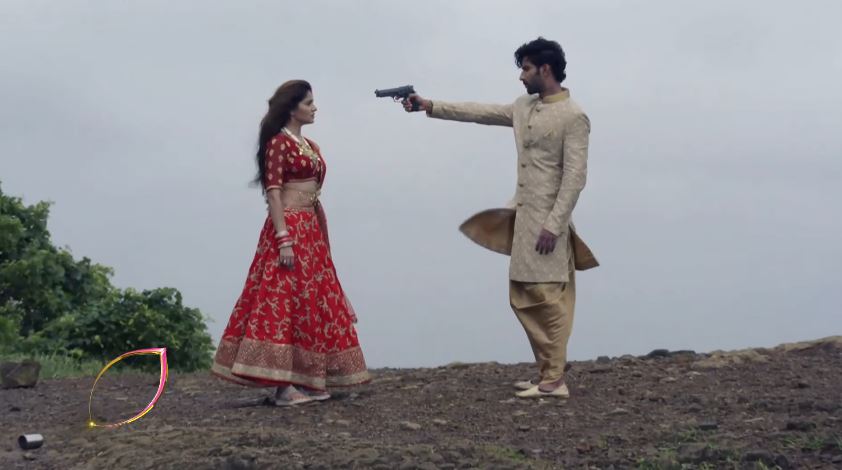 Shakti Promo Death twist to strike Harman Soumya mourns for Rekha and Adesh’s death and feels sad for Rohan. Vedant tells Mr. Bansal that he will marry Soumya on the same mahurat as he decided. Mr. Bansal is shocked that Vedant is not affected by his sister’s death and tries to stop him. Vedant threatens to kill him and leaves from home with Soumya. He drags her to the temple and asks his goons to stop everyone who comes to stop his wedding, especially Harman. He asks Pandit ji to make them complete their marriage. Harman comes there and fights the goons. The goons light fire circle around him. Harman looks at the temple. Vedant makes Soumya wear garland and wears garland from her hand forcibly.

Soumya cries being unwilling. Vedant holds her hand and starts to take rounds with her. Harman manages to jump off the fire and stops Vedant and Soumya’s marriage. Harman fights the goons and also crosses the fire circle. Harman fills sindoor in Soumya’s hairline and marries her again. He doesn’t let Vedant forcibly marry Soumya. He saves Soumya, but falls in anger. Vedant attacks Harman. Soumya struggles to save Harman.

Vedant gets losing his temper when Soumya refuses to accept his love. He forces her to marry him. Soumya and Harman get into a fight with Vedant. They reach the cliff end. Soumya worries for Harman’s life. Vedant tells Soumya that he will kill her if she doesn’t become of him. Harman stops him from shooting Soumya. He tells Vedant that Soumya will always be of Harman. He bashes up Vedant. Both Harman and Vedant fall down the cliff. This shocks Soumya, who cries for Harman. Will Harman survive the deadly fall? Keep reading.