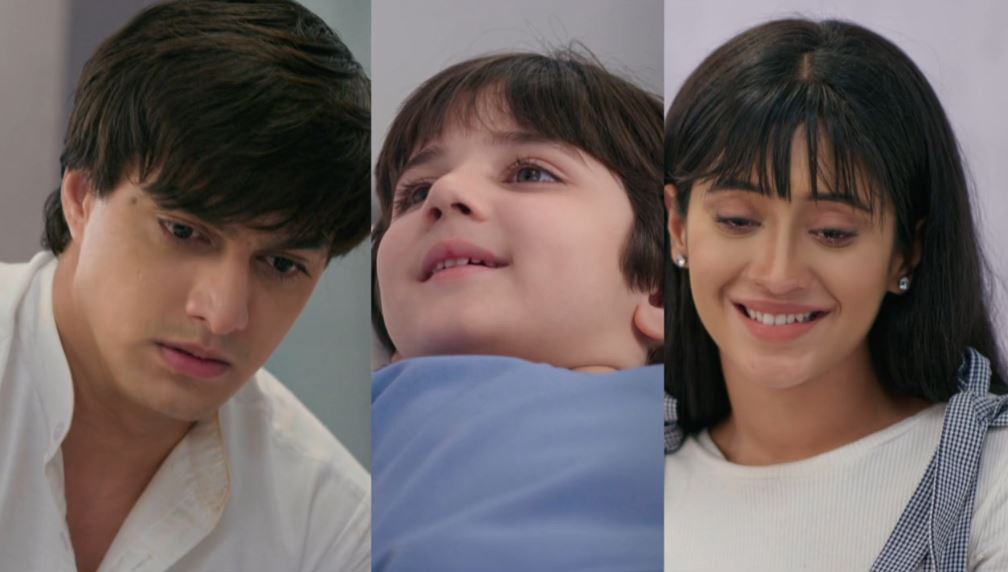 Yeh Rishta Family Ire amidst Kairav’s Critical state Kartik brings Naira in front of the family. The power outage occurs at the same time and the family fails to see her face in the darkness. Naira tells Kartik about Pallavi asking them to arrange the blood units, since Kairav may need blood during his surgery. She tells him that his blood group is same, he may give the blood to Kairav. He doesn’t let her go and asks her not to hide the truth further. Then the power is restored, the family tries to know who is the girl. Kartik reveals Naira to the family. The entire family get shocked when he tells them that Naira is Kairav’s mom. Bhabhimaa gets angry on her biggest lie and slaps her.

Naksh asks Naira how did she do this with them and get away from their family. He tells her that they all have cried a lot for her. Bhabhimaa asks her the reason for running away from their lives. Devyaani and Bhabhimaa cry that she had put them in this sorrow. Suwarna asks Naira how could she keep Kairav away from them. She feels Naira has done much wrong with all of them to put them in sorrow and live away happy. They reprimand her for not even thinking about Kartik, who cried for her every day and cursed herself.

Suwarna asks Naira how could she take this step and not confide in her. Dadi tells them that Naira isn’t the right girl for Kartik, and she had understood this on their first meet. She tells how she has accepted Naira and got to know her better, but she has proved her wrong. She asks Naira if she didn’t think of her child. She doesn’t think its Kairav’s mistake to tolerate all this alone. She feels crying to know that Kairav is really the Goenkas heir. She asks Naira why did she do injustice with Kairav. She vents anger on Naira. The entire family wants to know about her careless move.

They scold her, instead being happy that she is alive. Naira doesn’t reveal Kartik’s mistake. Kartik breaks his silence and tells them that he is responsible for her move. He tells them about his mistake. He tells them that Naira has taken this step intentionally and kept Kairav hidden. He wasn’t aware that Kairav is going to come in their lives. He asks Naira how could she take Kairav away from them. Dadi and Manish ask Kartik to clearly explain them the matter. Kartik reveals the truth of that dark night, when he questioned Naira about her character and she left him forever. This shocks the family.

Manish feels ashamed of Kartik’s thinking. Suwarna tells Kartik that he was wrong to do this, Naira was taken the right step to leave him and end their relation, since its a big thing for any wife to tolerate suspicion. Suwarna calls Kartik wrong. Dadi tells them that Kartik had done a mistake, but Naira faked her death, which is a bigger mistake. She would have stood by Naira if she revealed Kartik’s mistake before. Gayu tells them that Kartik has suspected Naira’s character and love. Naksh asks Naira why did she punish Singhanias for Kartik’s mistake, she should have left Kartik and come to them. Gayu and Suwarna support Naira’s decision.

Naksh asks Naira why didn’t she trust Singhanias. Suwarna tells Naira that Kartik got punished for his mistake, he cursed himself and lived in guilt for five years. She asks Naira to forgive Kartik. Dadi tells Naira that she won’t forgive Naira ever, since she has put Kairav in this condition by making him suffer. Naira tells them that Kairav’s surgery is going on and Kairav is the one important to her. She doesn’t want to answer them. She feels guilty for a while. She rushes to Kairav. Kartik too reaches Kairav and asks him to be strong.