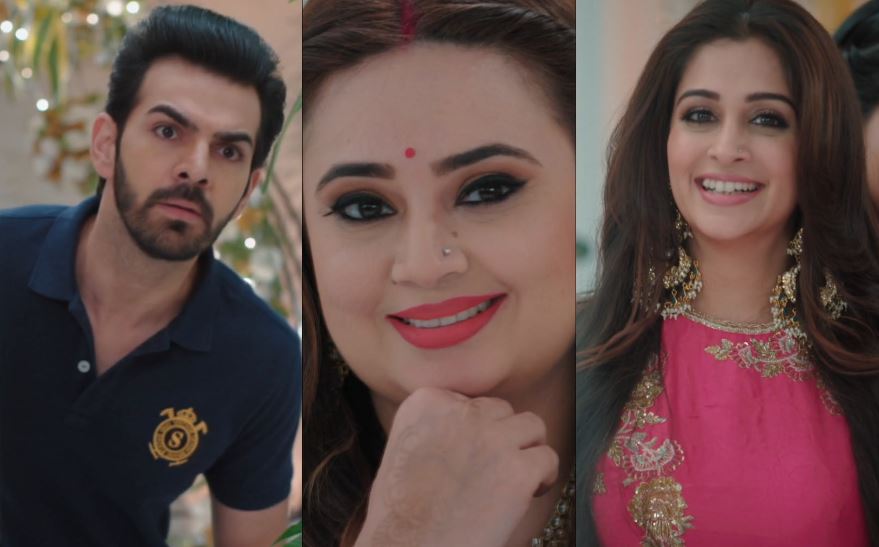 Kahaan Hum Rohit Sonakshi Fake to real relationship Rohit is worried that his date with Sonakshi spoiled. He goes to the hospital to be alone. He is much worried and calls Sonakshi. She doesn’t want to talk to him and entertain his mad request. He tells the nurse that he feels like getting a heart attack. Ajit meets him to know about Sonakshi’s reply. Rohit beats him and blames him for spoiling his friendship with Sonakshi. He tells Ajit that Sonakshi got too upset with him and left from dinner. Ajit apologizes to him since he didn’t expect her denial. Rohit doesn’t know what to tell the family. Sonakshi meets Veena at home. She doesn’t like to give false hopes to Veena. Suman is pleased seeing costly gifts brought by Veena. Suman tells Sonakshi that Sippys aren’t so bad.

Veena asks Sonakshi if Rohit had told his feelings. Sonakshi denies to know it. Veena tells Sonakshi that Rohit loves her a lot. She wants Sonakshi to accept Rohit’s love. Sonakshi doesn’t know how to fix things. Rohit reaches home and tells the family that he couldn’t propose Sonakshi. He gets compelled to meet Komal. He tells them that he will soon propose Sonakkhi and get her for family dinner. He buys some time. He tries to call Sonakshi again. He feels he has done wrong. He wishes she understands his situation. Sonakshi is angry on him and ignores his calls. Sippy family celebrate Teej. Rohan invites Pari in his friend’s party.

Rohan wants to have an affair with Pari. Tanya doesn’t suspect Rohan. Sonakshi shares her feelings with Netra. She learns that Rohit has come. She tells Netra that Rohit wants her to pretend as his girlfriend. She finds it wrong as it would be like cheating his family. Netra asks her since when did Rohit get so filmi. She can’t believe that Rohit has scripted this fake drama. Sonakshi avoids Rohit. She asks Netra to help her leave from the sets secretly. She has to attend a Teej function. Suman gets the payment from event manager. She asks Sonakshi to attend the function since she has given her word. Netra informs Rohit about Sonakshi attending Teej function.

She wishes that Sonakshi and Rohit become a real couple. Sonakshi meets Sippys in the function. Sippys get to see Sonakshi performing. Rohit meets Sonakshi at the function. He finds his family as well. He hides from them. Veena is happy for Rohit. Rohit and Sonakshi land in an awkward moment. He asks Sonakshi to attend the Teej function dinner at his place as well. He hopes Sonakshi accept his request. Keep reading.