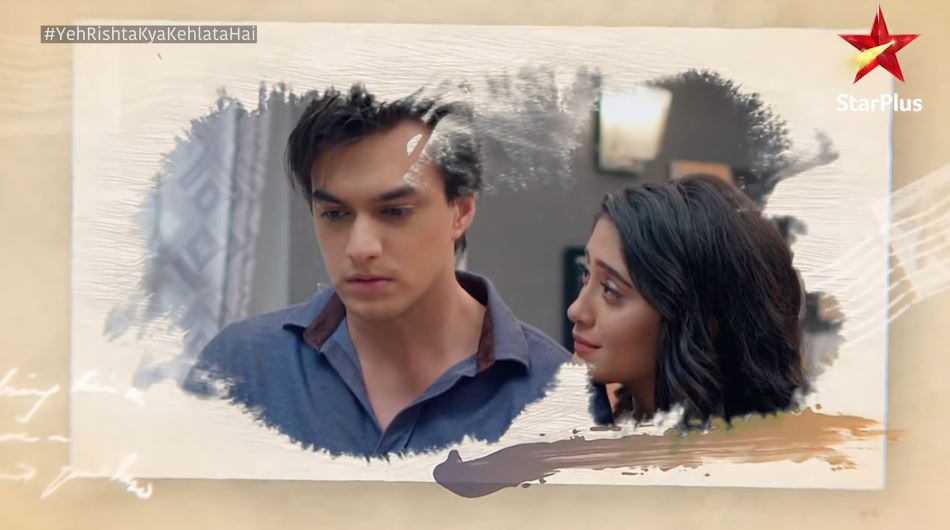 Yeh Rishta Upcoming 23rd August 2019 Kairav gets conscious and finds his parents around. He gets happy that they kept their promise. He asks them why do they look sad. They hide about their argument. He tells them that he got rid of the germs. Kartik gets scared seeing the injection. Naira and Kairav laugh on his fears. Kairav asks Naira about Kartik’s fainting story. Naira mocks Kartik’s past incident when he fainted on seeing an injection. Kairav gets a laugh. Kartik tells her that she shouldn’t tell this to Kairav. Naira tells him that she has rescued Kartik from goons as well. She boasts of her bravery. He tells her that he is also brave, he had rescued her many times.

He tells Kairav that Naira used to invite problems, which he used to fight. They have a cute argument. Kairav enjoys their argument. Pallavi checks Kairav and tells them that Kairav is fine. Kartik and Naira realize that times have changed, and also their relation. Naksh realizes that its Rakshabandhan and Naira is still away. He is upset and doesn’t want to forgive Naira. He tells Bhabhimaa that he hates Naira. He sheds tears in her memory. Kartik tells Naira that he won’t be going home. He sees Naira getting emotional on seeing a Rakhi. He tells Naira that Kairav or he won’t stop him, she can go and celebrate Rakshabandhan with Naksh.

He lets Naira free from Kairav’s duty. He asks her to meet Singhanias. Naira goes to meet Naksh and family. Even Goenkas celebrate Rakshabandhan. Suwarna and Surekha sent Rakhi for their brothers. Dadi asks Surekha to call a room decorator. She wants to set a beautiful room for Kairav. Naira makes a cute Rakhi for Naksh. She imagines Naksh’s wrath and gets afraid. She thinks to take a chance. She reaches Singhania house to meet family. Gayu ties the Rakhi to Naksh and wishes him. Naksh misses Naira.

Naira arrives there and lands into an argument with the watchman, who doesn’t identify her as family member. Naksh angrily lets her in since she has come back to relations after five years. Naksh laughs on seeing her clumsiness. They both fall down. His anger melts down. Naira apologizes to him. They laugh and cry together. Naksh forgives her. She didn’t wish to hurt her family. She tells him that she should have come back to her family, if she was angry on Kartik. He asks her not to overthink. Kartik misses Kirti and Mansi. He tells Kairav about his sisters. He shows the Rakhis sent by his sisters. Kairav tells him that he also wants a sister.

He asks Kartik to get a sister for him so that he can also celebrate Rakshabandhan. Kartik gets emotionally worried. He tries to divert Kairav. Kairav insists him and also names his sister Kaira. Vansh sees Naira and calls her ghost. Naira gives the Rakhi to Naksh and asks him to get it tied by Gayu. She wants to get away. Naksh doesn’t let her go. Naira loses courage to face her family. Naira tells Naksh that Kairav belongs to Goenka family, and she will never stop him from meeting them. Naksh tells her that she should better stay in Singhania house. Dadi decides to get Kairav home. She wants to claim her rights on Kartik’s son, Goenkas’ heir.