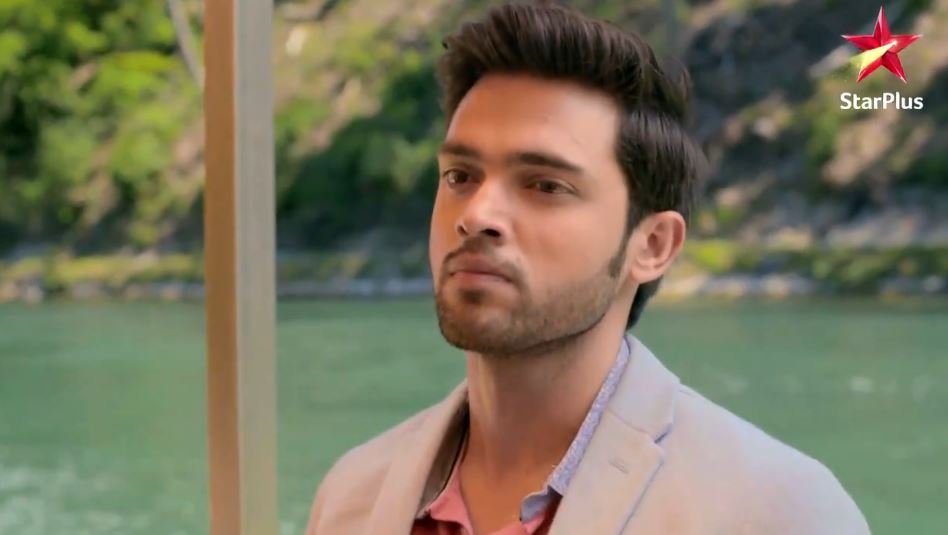 Kasautii Prerna in Shock Anurag’s big condition Prerna misses Anurag when she sees the moon in the sky. She recalls their vows and feels his support in the tough times. She shares her worries with the moon. She is worried for Veena. She falls in Maasi’s words. She thinks what will Mr. Bajaj do when he gets conscious. She wishes Anurag was here to solve this. Anurag returns to Kolkata. He meets Anupam and tells him that he has to rescue Veena. Veena is angry that Prerna has married a wrong man for a reason. She wants to know the reason. She feels Prerna is wrong to hide the marriage motive. She misses Rajesh and sheds tears. She gets to meet Anurag and Anupam.

She apologizes to them for Prerna’s doings. Anurag hugs her and relieves her from guilt. He tells her that Prerna is still the perfect girl for him. He promises to get her released from the jail. Maasi plays an emotional drama in front of Mr. Bajaj thinking he may hear her in the state of unconsciousness. She tells that she will take revenge on Veena for hurting Mr. Bajaj. She tells Tanvi that they will trouble Veena and get her punished. She wants Tanvi to marry Mr. Bajaj. Anurag struggles to get Veena out of the jail.

His lawyer informs him that the case has reached the court and now there won’t be any bail. Lawyer assures to help Veena. Prerna also hires a lawyer who promises to get Veena free on the same day.

Prerna is happy that Maasi is keeping her promise. She gets tricked by Maasi. Prerna senses Anurag, just when he comes home. He asks her to handle Mr. Bajaj and his family. Prerna gets angry on him for his taunts. He tells her that he is trying to help Veena. He tells that she should confront Mr. Bajaj’s Maasi for her move to file the complaint.

He promises Prerna that he will always support her. Tanvi confesses love to Mr. Bajaj again. Doctor tells her that Mr. Bajaj should get conscious soon. Anupam tells Nivedita that Anurag has returned. She wants to ask Anurag if he has got the London deal. She finds Anurag busy in an argument with Prerna. Anurag tells Prerna that she has to return to him if she wants his support. Prerna refuses to take his help. Anurag gets mad to get Prerna back. Maasi shocks Prerna in the court by giving the statement against Veena. She plans to punish Veena. Prerna can’t believe that Maasi has cheated her big time. Will Mr. Bajaj reach the court and help Veena from the false accusations? Keep reading.