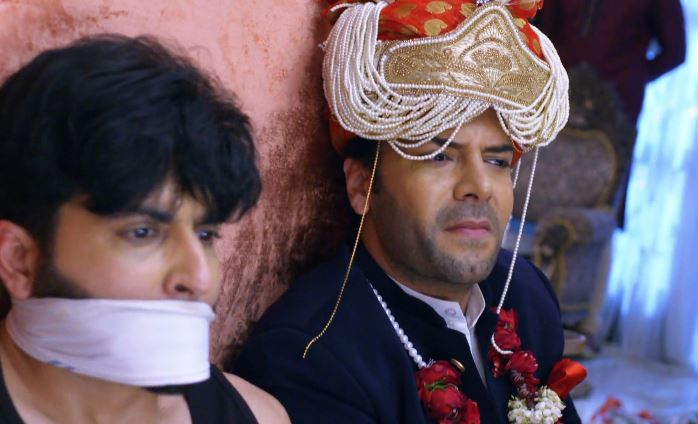 Kundali Bhagya Constant groom swap drags further Prithvi gets Karan kidnapped. He gets Karan to consciousness and tortures him out of hatred. He doesn’t want to let Karan free. He asks Karan to let him marry Preeta in peace. He doesn’t want Karan to interfere again. He admits that he loves Preeta. He praises Karan for giving him a tough competition. He laughs on Karan for failing to stop the marriage. He tells Karan that Preeta will just be of him. He goes crazy in his obsession. He turns into a groom for Preeta again. The groom swap twist strikes Preeta once again. Prithvi takes back his place while mocking Karan. He feels Karan and Rishabh can’t do anything to stop him. He feels he has won.

Rishabh meets an accident and falls in big risk. He is rushed to the hospital. He fails to reach the marriage venue to stop the marriage. Shrishti doesn’t know if Karan could help them. She wishes that Karan was here to save Preeta. She doesn’t want to get against Karan. She thinks to call Karan to stop the marriage. She calls Karan to seek his help. Prithvi hates Shrishti as well. He breaks the phone to stop Karan from connecting to anyone. Shrishti wishes to find Karan and get him. She wants to make Karan jealous so that he comes to stop Preeta and Prithvi’s union.

She wishes to fulfill her challenge and stop Prithvi’s marriage. Karan tells Prithvi that he will not spare him. He challenges Prithvi for a fight. Prithvi doesn’t want to take any chance. Shrishti finds Prithvi’s goons. She asks about the groom. She gets suspicious. Prithvi wants to get rid of her. He answers Shrishti to stop her. She tells him that she wants to see his face. Prithvi’s goons get ready to attack her on getting his sign. Shrishti sees Prithvi’s face and isn’t happy. Prithvi stops his goons from attacking her.

She tells Prithvi that its a bad omen that she has seen his face before marriage. Prithvi tells her that he loves her a lot and such bad omens won’t matter. Karan gets angry seeing their bonding. He hates Shrishti because of the misunderstanding. Prithvi tells Karan that he will show him live video of the marriage. He asks Karan to wish him the best he makes sure that Karan doesn’t escape. He faints down Karan again. Prithvi realizes that Shrishti didn’t know of groom swap.

Reviewed Rating for this particular episode: 1/5 LOOPED
This rating is solely based on the opinion of the writer. You may post your take on the show in the comment section below. 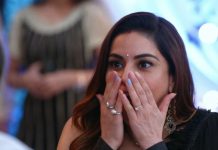 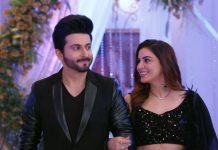