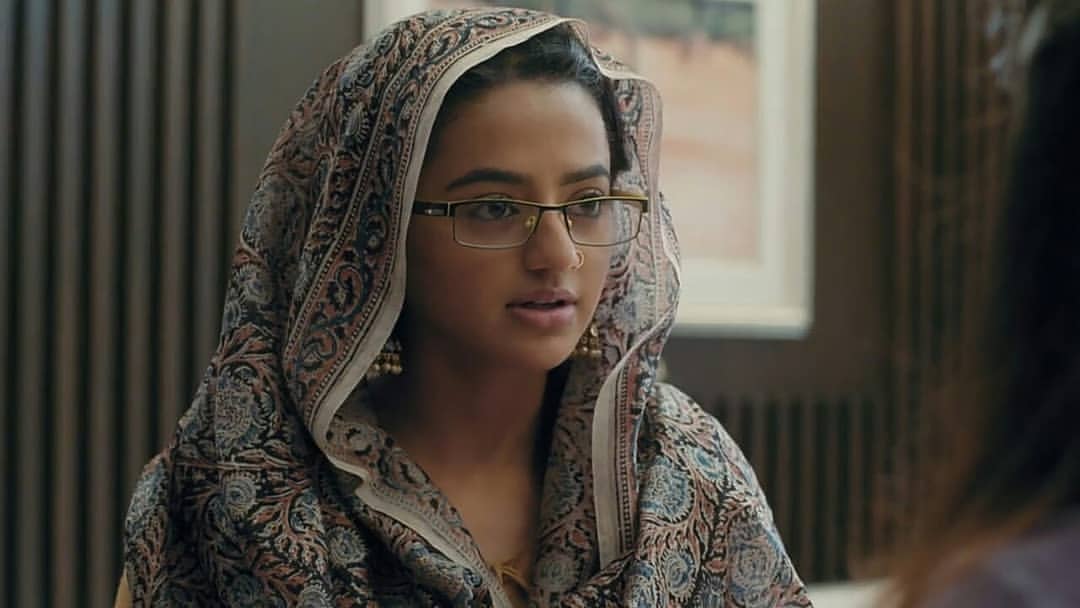 Sufiyana Romantic story trashed by murder spree Mamoon and Nadim pray for Zainab. Zaroon tells them that he is going to the police station to find the fraud doctor. Nadim agrees with him. He asks Zaroon to find the truth. Ghazala gets scared on seeing Zaroon suddenly. He laughs and adds that there is nothing like ghosts. She tells him that she was really scared. She talks inauspicious. He hugs her and asks her to never say anything wrong about herself. Rubina tells Ghazala that Saltanat’s choices have become like Kainat, as if Saltanat is missing Kainat a lot. Kainat takes Saltanat’s disguise. She finds her white dupatta and spectacles fallen outside. She goes to get those.

She finds Ghazala picking her things. She doesn’t get scared as Zaroon isn’t at home. She is ready to handle Ghazala. Ghazala gets doubtful on Kainat. Kainat asks Rubina and Nadim to meet Zainab’s doctor at the hospital. She sends them away from the home, so that she can kill Ghazala. Ghazala realizes that Saltanat is Kainat in reality. She thinks to share this truth with Rubina or Mamoon. Before she could share the truth with Nilam, Kainat stops Ghazala from revealing anything. She asks Ghazala to take some rest. Nilam tells Kainat that Zaroon will hate Kainat if she is alive. Kainat sends her away also.

Kainat admits the truth to Ghazala that Saltanat is dead and she is in the grave. She accepts all her crimes and kills Ghazala. She reveals that she had killed Miyajaan and Saltanat. Ghazala in shock struggles to tell Zaroon the ugly truth of Kainat. Zaroon can’t believe on seeing his mum murdered. Ghazala names Kainat before dying. Zaroon goes in shock. Mamoon loses his wife and gets mad in anger. He tells Zaroon that this is the result of his rigidity, they should have gone away from Shah family.

Kainat as Saltanat lies to Zaroon that Kainat had come home to attack Saltanat. She tells that Ghazala wanted to save her and got attacked. Zaroon wants to kill Kainat. He rushes to the graveyard and finds her body missing. He realizes she is alive and turns revengeful. The entire family goes in shock with Ghazala’s death. Mamoon and Zaroon’s world shatters with their big loss. Kainat’s crimes cross all the limits. On the other hand, Madhav tries many things to awaken Saltanat from coma. He wants Saltanat to get back to life to answer him and pay for the crimes.