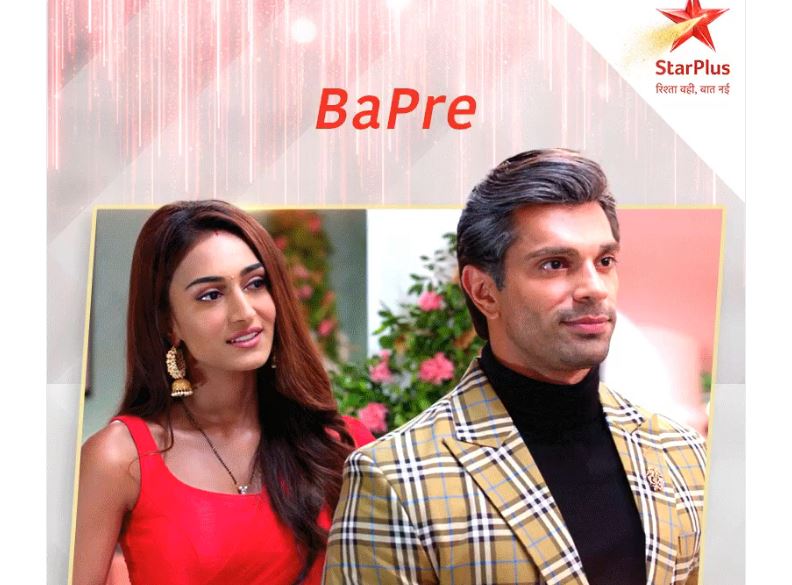 Kasautii Anurag attacked Mr. Bajaj gets accused Anurag blames Mr. Bajaj for sending his aide Rajeev in Basu publications in order to get the tender quotations. Prerna finds Mr. Bajaj and Anurag accusing each other. Anurag knows Mr. Bajaj’s plans. Mr. Bajaj tells Anurag that he didn’t do anything such. Anurag promises to defeat him. Mr. Bajaj gets questioned by Prerna. He realizes that she is believing Anurag, not him. Anupam overhears their conversation to get hint. He wants to know why did Prerna marry Mr. Bajaj, since Anurag is sure that she still loves him. Mr. Bajaj asks Prerna to explain his mistake. Nivedita tries to pack Anurag’s clothes and send him away from the house.

She feels he should be away from Prerna. She asks him to focus on business and forget Prerna. She wants him to prosper and leave the revenge motives. Nivedita worries for him. He tells her that he will die the day he forgets Prerna, since she is his life. She wonders why Anurag’s fate is so bad, why did he meet Prerna when they weren’t destined to unite. Later, Prerna confronts Mr. Bajaj for his rudeness. He tells her that he trusts her, but she doesn’t trust him. He expresses his annoyance that she has moved away his hand while clicking the photo, even when his intention wasn’t wrong.

He tells her that he is disliking the fact that she is doubting on his character and intentions. He asks Prerna not to think anything wrong. He tells her that they should be away. He doesn’t want to bond with her. He tells her that respects her, unlike Navin, whom she was marrying before. She tells him that she isn’t at fault if she did so, she didn’t misunderstand him. She asks him not to vent anger on her, she needs time to get normal.

She sheds tears and makes him apologize. She also clears her intentions. He wonders why he felt sad seeing her tears. He doesn’t know why he is feeling so much for Prerna. He tells her that they can be good friends. He leaves for his office. Prerna and Anurag meet on the terrace, unplanned while talking to the moon. Anurag reminds her that they are soulmates. Prerna asks him not to repeat the same old thing again and again. Anurag hides her from Maasi and tells her that she can leave once Maasi goes away.

He tells her that he doesn’t want her to get defamed or she gets compelled to leave Mr. Bajaj because of it. He goes to engage Maasi in his words. Prerna secretly goes away. Anurag tells her that she would be regretting to ditch him. She tells him that anyone chosen by him will be lucky. He wants Prerna to be that lucky girl. An attacker tries to kill Anurag. Anurag catches him and drags him out to the family, where the attacker names his boss Mr. Bajaj, much to Prerna’s shock. Is this Mr. Bajaj’s move or Maasi’s conspiracy to break Mr. Bajaj and Prerna’s relation? Keep reading.