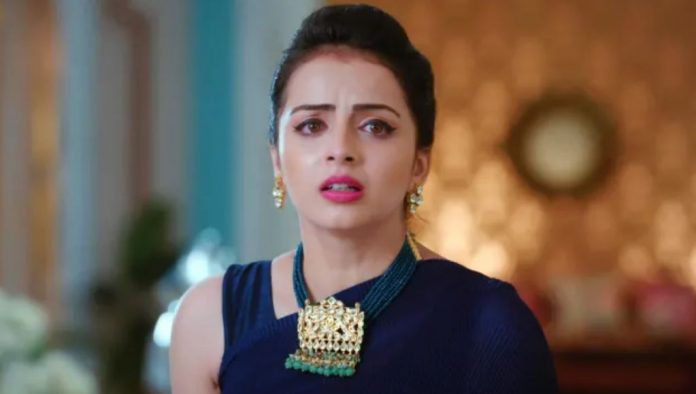 Ek Bhram Sarvagun Pooja Kabir fall in love finally Rani plays another trick against Pooja. Pooja keeps prayers meet for her dad. Her mum still thinks Pooja is up to something evil. She scolds Pooja for ruining a family. Pooja doesn’t know that Rani is brainwashing her mum. She wants Kabir and everyone to believe her change. She is reforming for the better. She wanted to save her mum from Kabir, thinking he is troubling her. She is happy that Kabir took care of her mum. She wants to fix everything and rectify her mistakes. Rani challenges Pooja and wants to win Kabir. Kabir supports Pooja. He believes in her change.

He knows Rani can fall low. He expresses his faith on his wife. Pooja falls in love with Kabir. She doesn’t want to upset anyone and make a sacrifice for their happiness. He asks her to fight for her rights, since she wasn’t weak ever. Rani is madly in love with Kabir. She can go against Pooja just to get Kabir. She is confident that she can get Kabir’s love. Suman accuses Pooja for stealing the property documents. Rani confesses that she has done everything against her to make her out of the family. Pooja is sure that her mum will forgive her. Rani doesn’t want this to happen.

Pooja doesn’t want Kabir to hurt her sister. Kabir knows Pooja can never hurt her family. He takes a drastic step to protect Pooja. He wants to throw Rani from the house. Suman feels Rani is innocent. Rani gets happy to get Suman’s support. Kabir gets compelled by Suman. Pooja feels Kabir hates her. Kabir also realizes his love for Pooja. He knows Pooja can never be so evil. Rani plays the trick and proves Pooja wrong. Pooja exposes Rani’s plans against her with Kabir’s help. Rani takes Pooja’s disguise to defame her and break Pooja’s happy marriage. She threatens to kill Suman.