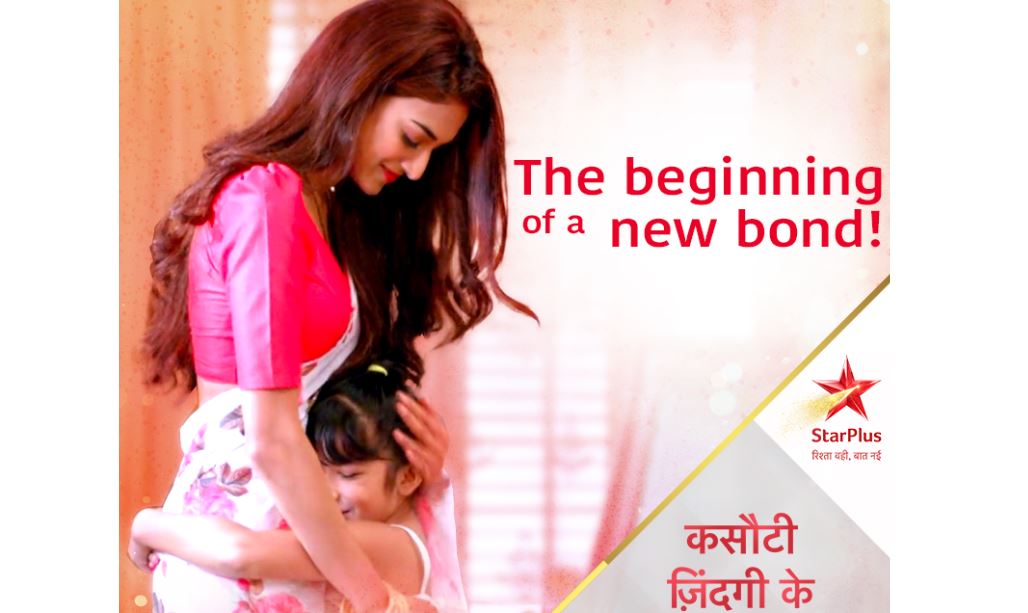 Kasautii Zindagii Kay Tangled love twists for Prerna Anurag expresses his concern for Prerna. She feels she should have never met her ever in her life, since Anurag would have not fallen in love with her so madly. She tells Anurag that she regrets to become a part of his life. He is happy that she feels so, that she is a part of his life, that too unbreakable one. He wants to get her back at any cost. He tells her that she may go far from him whenever she wants, but ultimately she has to return to him. Prerna doesn’t think it would happen. He keeps his hopes high. Prerna tells him that she just felt someone’s presence around. She doesn’t see any attacker hiding there.

Sneha meets them and acts cute. Anurag feels she is very cute being Mr. Bajaj’s daughter. He thinks Kuki is similar to him that she likes Prerna. He likes Sneha a lot. He thinks just the cute kid can be a common one linking Prerna and him. When Anurag goes to his room to sleep, goons get in to attack him with a motive to kill. Anurag defends the attack. He beats up the goons and drags them to the living room. He asks the goon about his motive. The goon accepts that his boss hired him to kill Anurag. Anurag can’t believe this.

He asks Mr. Bajaj to catch the attacker, but in vain. Mr. Bajaj really wants to get rid of Anurag, who is posing much problems for Prerna and him. Mr. Bajaj faces the accusations from Anurag. The families gets into a clash because of Anurag and Mr. Bajaj.

Anurag tells Prerna that Mr. Bajaj had planned the attack to kill him. He feels that’s really a low level thing for someone great like Mr. Bajaj to do. Mr. Bajaj doesn’t like to clarify, since he is innocent. He had the intentions to get rid of Anurag, but not by getting him killed. His Maasi takes his side and protects him from Anurag’s blames. This leads to a heated argument between Mohini and Maasi. Prerna tries to handle the situation. She can’t believe the facts kept by Anurag against Mr. Bajaj. She favors Mr. Bajaj, being his wife.

Nivedita and Anurag want to file a police complaint against Mr. Bajaj, who denies the blames. Prerna warns Mr. Bajaj against planning any attack on Anurag again. He gets helpless to clarify to her that he isn’t involved in any attack. Anurag blames Mrs. Bajaj for doing everything for the sake of business.

Anurag tells his family that he would not file the police complaint and better explain Prerna first. He wants to clear Mr. Bajaj’s reality in Prerna’s eyes. He influences her to check the CCTV footage to prove Mr. Bajaj wrong. Prerna believes Anurag. She thinks of her decision to marry Mr. Bajaj. He doesn’t want her to regret for their marriage. He plans to tell her about his past, so that he can win Prerna’s trust. Basus and Bajaj’s family prepare for welcoming Ganpati home. Mr. Bajaj thinks of his feelings growing for Prerna.

He gets mesmerized seeing Prerna’s beauty, just like Anurag can’t take his eyes off her. Anurag loves Prerna and doesn’t get scared of Mr. Bajaj observing his stares at Prerna. Mr. Bajaj clears to Anurag that he doesn’t like his staring at his wife. Anurag doesn’t deter and decides to break Prerna and Mr. Bajaj’s marriage. Mr. Bajaj wants to protect his marriage for the sake of his daughter and newly growing feelings for Prerna.