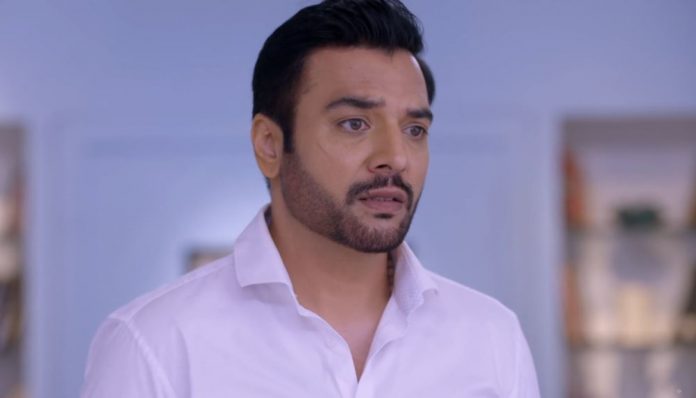 Mohabbatein Raman shocking declaration next Arijit gets restless to know if Bhallas are suffering well because of his new plan carried ahead by Natasha. She informs him that she has occupied the flat next to Bhallas and troubling Raman well. She wants to take her revenge on Bhallas, so that Raman gets compelled to give up. She tells Arijit that she will not let their efforts fail. Arijit is happy that Natasha has made Bhallas busy in the matter, which would empower him to strike their business. Natasha doesn’t know her husband Shardul.

She is aware of Raman’s true identity and still chases him because of Shardul’s face, which can make her rich in a day by unlocking the diamonds’ containing locker. Natasha doesn’t reveal her real motives to Arijit. Arijit doesn’t care for her intentions and motives, until she is serving the purpose. She feels overconfident. On the other hand, Bhallas and Iyers are worried because of Natasha. They want to throw out Natasha from their building, but their requests falls flat. Natasha gets all the paperwork done in no time. She tells that her husband is captive by Bhallas, who have kept him as Raman.

Natasha proves that she is just fighting for her husband. She doesn’t let Bhallas take any step against her. Raman brainstorms to find some way to deal with Natasha. Shagun assures Raman that she will find a way to end this problem legally. Simmi and Mihika also try to figure out helpful sources. Raman feels low, while the family encourages him. Natasha interrupts the family again by her crazy behavior. She pretends to faint to get sympathy from others. She proves that she loves Raman a lot. This puts Raman in a dilemma.

He doesn’t want Natasha to hurt herself. He wants Natasha to understand his identity and leave from their lives. He knows Natasha is mentally disturbed. He asks Yug and Karan to verify Natasha’s illness and treatment details so that they can know more about her. Raman buys some time. He wants to pretend as Shardul until he finds Natasha’s secrets. He wants to end the problem from the root. Ishita agrees with Raman’s plans. She asks him to go ahead and make Natasha believe that he is Shardul. She thinks maybe Natasha will reveal her real intentions by believing this drama. She knows Natasha is giving much stress to Raman.

Meanwhile, Arijit meets Bhallas to give them financial tensions. He asks Raman to start the project soon before losing their investors. Raman and Ishita don’t want to see him at home. They ask him to meet at the office. Arijit fools Mani and Shagun as well. He tells them that investors are backing out. Mani discusses with Raman and asks him to handle the investors convincingly. Raman presents his brilliant ideas and impresses Arijit and others. He proves his good sense of business. Ishita is sure that Raman will manage his problems.

Yug learns that Natasha gave them fake details of her doctor. He then finds her going to a clinic where she is pretending as a depression patient. He wants proof against her, so that he can make her out of their building premises. Arijit doesn’t want Bhallas to learn about his daughter Neeti, admitted in the same hospital. He fears that his revenge motives will get known to Raman.