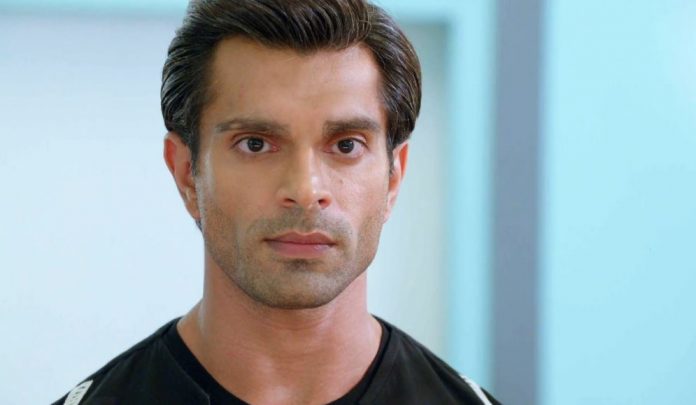 Kasautii Zindagii Jail twist strikes Bajaj this time Shivani informs Prerna about Anurag’s true love for her. She tells her that Anurag was taking her name even in the state of the unconscious when he was lying on the road in a critical state. She tells Prerna that Mohini has already met Anurag, but still, he isn’t responding to her. She feels once Prerna comes to meet him, he will definitely respond to her voice. She asks Prerna to meet Anurag and bring him out of the prolonged unconsciousness, which is taking a toll on his life. Prerna gets worried knowing Anurag is still critical. She assures that she is coming to meet Anurag. Shivani awaits her but doesn’t know how will Mohini react over this.

Prerna tells Mr. Bajaj that she has to meet Anurag at the hospital. Mr. Bajaj knows her loyalty towards him and lets her meet Anurag. He tells her that he will take her to Anurag. Tanvi finds their understanding of getting more strong. She informs Maasi that Mr. Bajaj is himself taking Prerna to Anurag. She didn’t expect this. Mohini loses her senses and thinks of her son. Nivedita and Mohini break down and want him back. Mohini challenges Ganpati to cure Anurag and bring him back to life. She doesn’t want to worship any God unless her son gets fine.

She gets emotional, but doesn’t lose, being a strong mother. Nivedita consoles Mohini. They get another shock when they question Shivani over the culprit. They learn Mr. Bajaj is behind the accident. Maasi wants to obstruct Prerna. She fakes a heart attack to stop Prerna. Her plan fails when Mr. Bajaj takes her to the hospital and lets Prerna go to see Anurag. Maasi tries to brainwash him against Prerna. He shows his faith in Prerna. He knows she will never cheat him. Prerna begs Mohini to let her meet Anurag. Mohini hinders her.

She wants to separate Prerna from Anurag, just like Maasi wants to separate Prerna from Mr. Bajaj. Prerna wants to bring Anurag back to life. When Mohini gets rigid, Prerna begs her to at least allow her for Anurag’s sake. Prerna meets Anurag when Mohini permits her. Prerna cries and appeals to Anurag to get conscious. Her tears affect Anurag. He shows an improvement. Mohini feels Prerna has making Anurag more critical. She goes mad in anger and pushes Prerna down. Mr. Bajaj knows Prerna is pregnant and reaches her in time. He doesn’t let Prerna get hurt.

Prerna doesn’t want him to fight for her. Mohini vents anger on them and tag them as murderers, who like to kill people around for their motives. She insults them much. Prerna tolerates the bitter taunts. Mohini expresses her hatred for Prerna. Prerna just wishes Anurag to get fine. Maasi explains to her that she should stay away from Anurag, since she is married to Anurag now. Mohini calls the cops to get Mr. Bajaj jailed. She files charges of attempt to murder on Mr. Bajaj so that he pays for his crimes. She wants Shivani to testify against Mr. Bajaj.