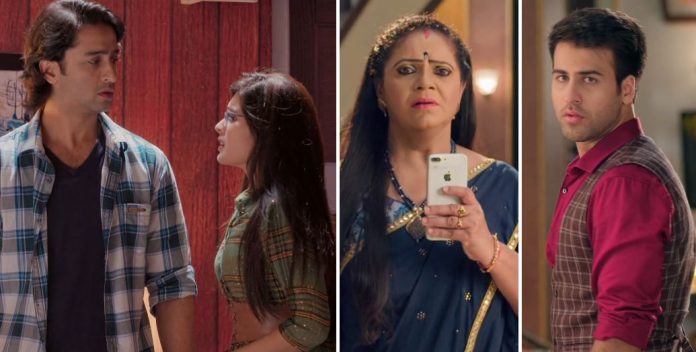 Rishtey Pyaar 5/5 Unexpected entry and big twists Mishti and Abir pray making way for Ganpati Visarjan. Mishti is happy and wishes that Abir’s prayers get answered. She happens to come across Abir’s dad. She doesn’t know his identity. Even Abir has forgotten his dad’s face. He doesn’t remember his dad now. Mishti gets to see someone drowning. After shouting for help, she herself takes charge to help the man. She saves the man from drowning. Mishti turns into a hero. Abir gets to know about Mishti’s rescue mission. Abir and Mishti try to know about the man. They don’t get any ID with him.

They try to arrange medical aid for him. Abir senses some bond when the man holds his hand. Abir and Mishti decide to take him to the hotel so that he can get medical aid. They wish the man survives. They save a life and feel happy. The doctor cures Abir’s dad. Abir’s dad is depressed that he isn’t with his family. He yearns for his family. Abir and Mishti pacify him so that he moves on in life and respect his life. They don’t want him to end his life. Meanwhile, Rajshri praises Abir while she asks Shankari to find a nice girl for Abir.

Shankari asks her to consider him for Mishti if he is so good. She asks Rajshri not to get Mishti married in Kuhu’s Sasural. She thinks the sisters will face problems in their in-laws. Rajshri agrees with her. Varsha learns that Jasmeet had come home and wants to share something about Kuhu. Abir asks his dad about his family, if he has any contact number. Abir’s dad cries on his mistakes and tells him that no one cares for his existence now. He tells Abir that he had cheated his family and that’s why he is facing this day. Mishti asks him not to end relations and just meet his family once. She asks Abir’s dad to have believe and move on.

Abir’s dad finds them dealing with some problems. He blesses them with a Bappa idol. Abir doesn’t learn that the man is his dad, Meenakshi’s husband. Meenakshi wants to threaten her husband so that he doesn’t come to Rajkot. Abir’s dad leaves for Rajkot to meet his family. Jasmeet alerts Varsha about Kuhu and Kunal’s fight happening because of Mishti. Varsha wants to know what is Mishti doing with Kuhu. Varsha fears that Kuhu isn’t well.

Abir and Mishti decide to find his dad. They stay together in their search. Meenakshi fears that soon things will change in her world. She gets worried and seeks support from Kunal. She wants to protect her sons from them. Abir is happy that Mishti is with him in his important search. Abir and Mishti’s love relation will be soon known to their families. Kuhu plays a villain for Abir and Mishti once again.